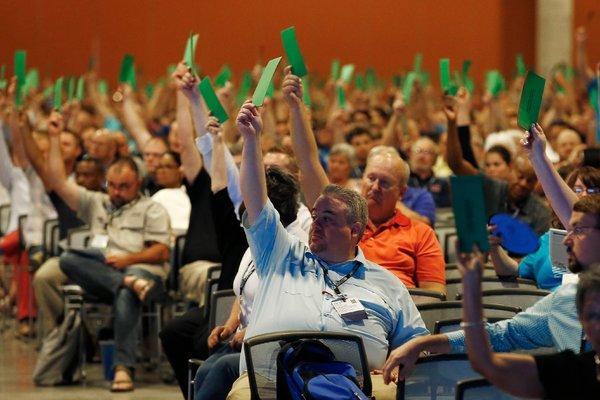 The Apostle Paul was a passionate advocate for unity within the Church, and he repeatedly urged congregations to come together as one. However, in today’s Church, his message of unity is often misunderstood and misapplied by those who do not fully grasp its true meaning.

Paul’s vision of unity was never intended to be superficial or based on mere appearances. Rather, he emphasized that the Church must be united around the truth of Scripture, and he made it clear that those who sought to uphold sound biblical doctrine and correct error were not divisive, but rather were working to uphold the integrity of the Church. In Romans 16:17, Paul specifically states that those who cause divisions and create obstacles contrary to the doctrine that has been taught should be avoided.

Unfortunately, in the modern Evangelical Church, particularly within the Southern Baptist Convention, we see those who propagate false teachings such as women in the pulpit, social justice, and compromised stances on abortion and sexual immorality, and various other false teachings that weaken the Church’s witness. And yet, those within the church who are pointing this out and drawing attention to it are the ones being labeled “divisive”.

One example of this is Southern Baptist pastor Joel Rainey, who recently suggested that the Southern Baptist Convention amend its Constitution to deem anyone sympathetic to the Conservative Baptist Network to be not in friendly cooperation with the Convention.

When pressed on what he meant by “causes,” he accused the CBN of causing division, being a distraction, and “lying about SBC leaders.”

Of course, nowhere in the entire Twitter thread did Rainey actually point to any specifics demonstrating that his motivation for this public rant about the CBN is political and that he’s concerned far more about friends and numbers in the denomination than doctrinal integrity.

The Conservative Baptist Network is a subnetwork within the Southern Baptist Convention, which was formed to unify against the liberal drift in the denomination and to fight against social justice and the influx of Critical Race Theory as well as certain elements of feminism and egalitarianism. The CBN is headed up by well-known conservative Bible-believing leaders such as Voddie Baucham, Tom Ascol, and Rod Martin.

Rainey’s suggestion is dubious, at best, and more likely sinister because the men in the Conservative Baptist Network have done nothing except insist on doctrinal integrity within the Southern Baptist Convention. However, men like Rainey prioritize superficial unity over churches that reject sound biblical doctrine and leaders who fight for it.

This paints a clear picture of where the denomination is headed. That a man who boasts of writing for the far-left anti-Christian publication, The Washington Post, is acceptable in the Southern Baptist Convention yet those who defend biblical principles and ethics are deemed “divisive” is telling of the direction in which the denomination is headed. Without a miraculous intervention by God, the Southern Baptist Convention will likely follow in the footsteps of other liberal mainline denominations and become completely apostate.