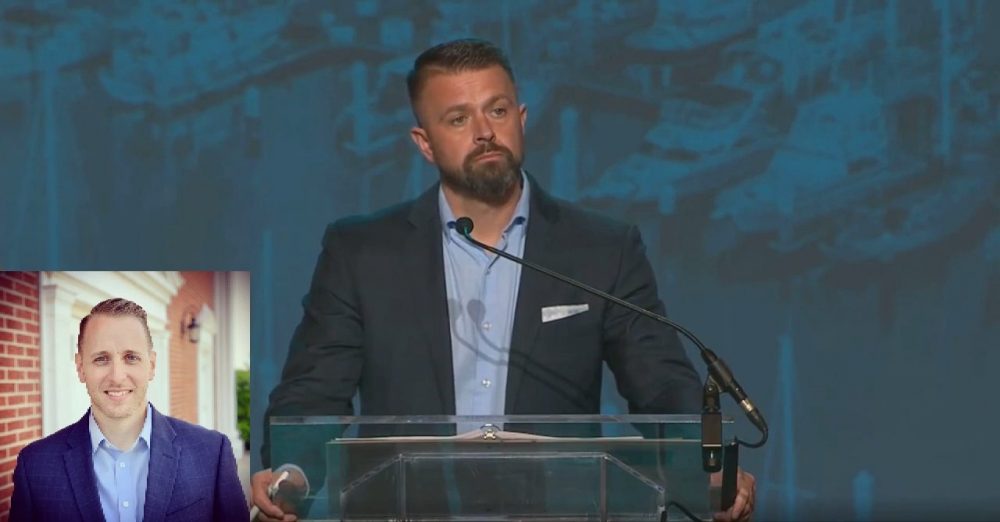 The Southern Baptist Convention stands at a pivotal juncture in its history, a moment of dire consequence for the largest Evangelical denomination in America. For decades, the SBC has been considered by many to be a beacon of biblical principles and truth. But now, as the culture continues to shift toward progressivism, the SBC finds itself in a state of crisis, a crisis of faith, a crisis of identity.

For the last few years, the SBC has been grappling with the question of whether or not it wants to embrace new doctrines, the doctrines of men and demons. Among these false doctrines is the notion that women should be allowed to stand in the pulpit, a doctrine that stands in direct opposition to the clear teachings of Scripture.

But despite the truth of God’s word, a growing number of Southern Baptists are choosing to abandon their duty to stand on the truth and instead, cave to the pressure of the feminist movement, both male and female, who are pushing for this. They are doing this not out of conviction or faith, but out of a desire to be accepted by a godless culture, forgetting that true godliness is not found in the approval of men, but in the word of God.

During a discussion on interpreting the Baptist Faith and Message at the annual meeting of the Southern Baptist of Texas Convention, one pastor, Andrew Hebert of Mobberly Baptist Church in Longview, argued vehemently against interpreting the confession in a way that would disallow women to serve as pastors.

Hebert had a few objections, firstly, an absurd argument about communion. “First of all, I’m concerned about the precedent that it will set,” he said while at the mic. “We begin to add interpretations of particular elements of the Baptist faith in Message 2000. I wonder what’s next? How about the issue of communion?”

It’s difficult to even ascertain what he’s getting at as the Baptist Faith and message doesn’t regulate communion past stating that it is a symbolic ordinance and an act to memorialize the death of Christ. If a Southern Baptist Church is practicing communion in a way that goes outside of these bounds, such as the Roman Catholics do, teaching transubstantiation or some other nonsense, the church should absolutely be held accountable for that.

Hebert also complained that it might lead to regulation on the doctrine of “redemption” or “eschatology.” Well, these are two different animals and there is wiggle room with eschatology. But if a church is teaching heresy, it should be disfellowshipped.

My questions to Hebert would be: what about homosexuality? abortion? other doctrinal issues? Where exactly do you draw the line? Obviously, it isn’t the Scriptures, so where?

But his biggest issue seemed to be with the fact that many Southern Baptist churches already have women pastors, and that by standing on the truth of God’s word and telling these churches that if they want to cooperate with them, they must be aligned with the biblical teaching of pastoral qualifications, namely, that one must be a man. Hebert objected because, to him, being able to “cooperate” with all of these churches—churches that clearly don’t believe the Word of God—is more important than integrity before God. It is clear from his arguments that Hebert is more concerned about the optics of standing on biblical truth than he is about pleasing God.