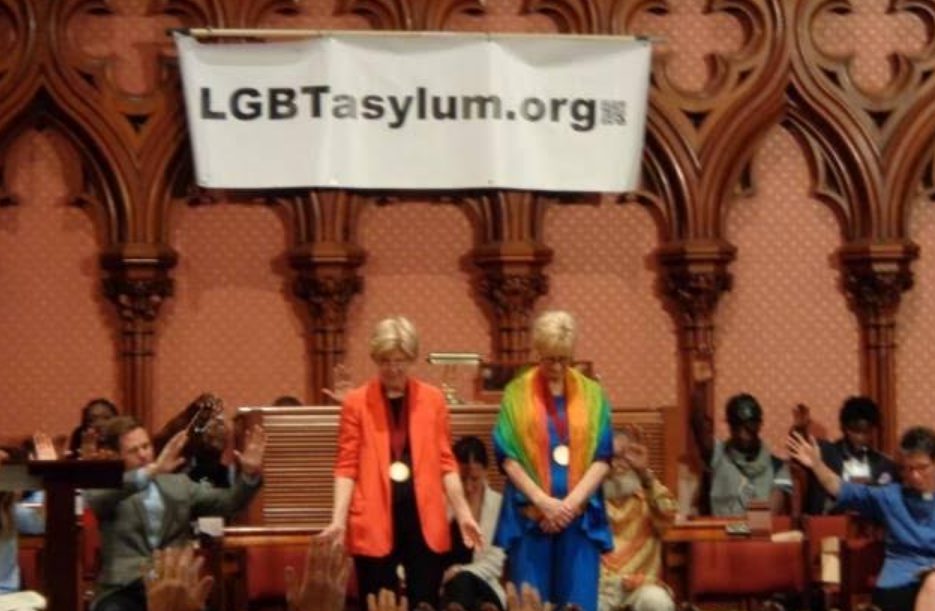 It is an absolute disgrace that the true Church refuses to denounce, with a bold and unified voice, these charlatans that continue to defile the name of Christ by pushing sexual perversions, Communism, and abortion in the name of Christ. I can’t help but believe that the Holy Spirit had exactly this in mind when he inspired Peter to write “For it is time for judgment to begin at the household of God; and if it begins with us, what will be the outcome for those who do not obey the gospel of God? (1 Peter 4:17)

Yet, while these vocal and bombastic blasphemers do this, the vast majority of the Church is standing by telling us to turn the other cheek while the name of Jesus Christ is cursed. Newsflash, that’s not what Jesus meant by that command.

Here’s one prime example: a gaggle of professing and so-called “Christian leaders” in Missouri have joined together to file a lawsuit against the state to try to strike down its abortion ban. In the wake of Roe v. Wade, many states have enacted highly-restrictive abortion laws and, well, those people in whatever “churches” they belong to think that’s a bad idea.

The lawsuit, which was brought forward by Americans United for Separation of Church & State and the National Women’s Law Center on behalf of twelve “Christian” “clergy” according to the AP, accuses sponsors and supporters of the Missouri measure of using their religious beliefs to push for the legislation. The complaint cites Republican state Rep. Nick Schroer, the bill’s sponsor, as stating that “as a Catholic I do believe life begins at conception and that is built into our legislative findings,” and another co-sponsor, Republican state Rep. Barry Hovis, admitting that he was motivated “from the Biblical side of it”.

According to the official website of the party filing the complaint, “Our lawsuit has widespread religious support. Many people, including our plaintiffs, support abortion because of their religious beliefs.”

“Their religious freedom is violated when a contrary religious belief is given the force of law by these extreme legislators.”

These clowns, and I do mean literal clowns, believe that they have the “religious freedom” to kill their children. And here we have the crux of it. Abortion is a religion—it certainly isn’t Christianity, but they will call it Christianity in an effort to gain protection under the religious freedom clause of the Constitution. Since Roe v. Wade was overturned, this is their next attempt at securing their sacrament of abortion. And why stop there? Why not push for the “religious freedom” to abuse children in other ways?

If the church doesn’t stand up and boldly declare that these foolish men and women are not Christians, are not part of the Church, and do not know Jesus Christ and insist that they stop using His name in vain, then we should see no reason that God will lift His hand of judgment against the true bride too. God is first and foremost concerned about how His name is used and misused, and He has emphatically stated that He will not be mocked (Galatians 6:7). If we stand by and watch the false church mock Him, we will go down with them.