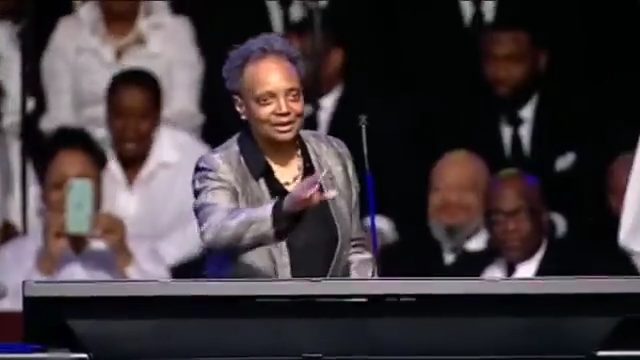 In 2018, Charlie Dates, a prominent and well-known uber-woke pro-socialist Southern Baptist pastor partook in the MLK50 Conference that was jointly hosted by The Gospel Coalition and the Southern Baptist Convention’s Ethics and Religious Liberty Commission.

At that conference, Southern Baptists and Evangelicals gathered around to venerate their icon, Martin Luther King Jr., and praise him as one of Christianity’s greatest heroes of all time. This conference included such well-known names as Russell Moore, John Piper, and plenty of other Southern Baptist and Evangelical leaders. To this day, Charlie Dates is still listed as a major contributor to The Gospel Coalition.

“As for me and the Progressive Baptist Church,” Dates wrote, “I keep hearing the words of Harriet Tubman: We out.”

Dates eventually left the Progressive Baptist Church, too, and recently replaced retiring pastor James Meeks to become the lead pastor at Salem Baptist Church, a megachurch in Chicago where Dates says he grew up and attended school. Comparing his relationship with the former pastor of Salem to that of Paul and Timothy, Dates told Christianity Today “This isn’t something that I read or something that I watched; this is a ministry that I participated in and had a front row seat to as a kid.”

Interestingly, Meeks told Dates during the handing-over ceremony recently that he was afraid to give Dates the pulpit.

But Dates has proven himself worthy of the uber-woke Chicago-style chicanery that goes on in these churches. One of Dates’ first maneuvers as the new lead pastor was to invite the pro-abortionist lesbian Mayor who absolutely abhors the God that Dates claims to serve to preach in His pulpit. Chicago Mayor, Lori Lightfoot, who can only rightly be described as a literal circus clown, took the pulpit to preach about how Joshua is now taking over for Moses in the pulpit at Salem.

“Do they really think I was going to come up here and talk to this congregation and not know my Bible?” Lightfoot screeched. The entire spectacle was quite a sight to behold.

Join our ad-free Substack community to read and post comments...
- Advertisement -
Previous article
The Holy Spirit is Not a Drug: Stop Blaspheming Him
Next article
Combating False Teaching: The Essential Duty of Pastors in Defending the Church