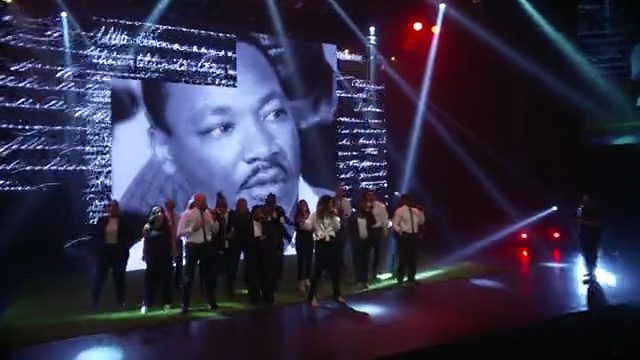 The Old Testament is replete with examples of men and women who failed to abide by the commandments that God set forth for His creation, particularly as it pertained to worship. One such instance is that of Cain, the progeny of Adam and Eve, whose worship was rejected by the Lord due to his flagrant disregard for the Lord’s prescribed worship. In his preponderance, Cain selfishly indulged in his own desires and preferences. Rather than offering up a sacrifice that was acceptable in the eyes of the Lord, Cain chose to present the fruit of his own labor, a futile attempt to appease the Lord with his own endeavors. This serves as a resounding testament to the fact that Cain was not truly interested in pleasing the Lord, but rather was solely focused on satisfying his own ambition and vainglory.

Similarly, this same mentality persists in the present day, particularly among the so-called “megachurches” that have sprung up across the globe. These social clubs, for lack of a better description for them, have devolved into nothing more than Sunday morning entertainment venues, where a select group of performing artists take center stage, offering up a spectacle that is presented as “worship” to the Lord. Among these, none stand out as a more egregious offender than the Church by the Glades in Coral Springs, Florida.

It is truly astounding that this so-called “church” still retains any association with the Southern Baptist Convention. For years, the Church by the Glades has demonstrated its utter disregard for biblical doctrine and reverent worship and its commitment to secular paganism through its ostentatious displays of worldly entertainment, which include productions like the Stormtrooper Dance, Disney Medleys, and covers of Beyonce’s Freedom. In recent times, the church has stooped to new lows, performing a live cover of Kendrick Lamar’s N95, a song replete with profanity, blasphemy, and objectifying references to women.

Over Christmas, Church by the Glades took its desecration of the pulpit to new heights, with a Willy Wonka-themed Sunday morning worship service that featured a flying Santa Claus and secular songs by secular artists, completely devoid of any mention of Christ. It is truly unfortunate that the Southern Baptist Convention continues to associate with this utterly apostate entertainment venue. But now, this “church” decided to worship on Sunday morning not to Psalms, the Word of God, or even modern contemporary Christian music with sound biblical lyrics. Nope, this church decided to put on a performance of the song Stand Up, by self-described Roman Catholic bisexual lesbian, Cynthia Erivo.

But that’s not all. The entire worship scene was centered not around Jesus Christ, the object of Christian worship. It was centered around Martin Luther King Jr. Unfortunately, King Jr. has become quite the idol in Southern Baptist churches in recent years and this trend only seems to be growing. But this is the first time, that I’ve seen, that a prominent SBC megachurch actually centered their Sunday morning worship around him.

It goes without saying that there are plenty of good things that we should be thankful for that God used King Jr. to accomplish. After all, God used plenty of pagans and non-Christians to carry out His purpose all throughout biblical history. That being said, none of these figures were ever elevated to some status of “Christian hero” and then worshiped by an entire congregation of God’s elect on the Lord’s day. King Jr. was no Christian—he denied essential doctrines of the faith such as the resurrection and the deity of Christ. This is no secret. Yet, these so-called churches and church leaders continue to revere him as though he is the fourth person of the Trinity proceeding from the Holy Spirit. It’s a rather blasphemous sight to behold.