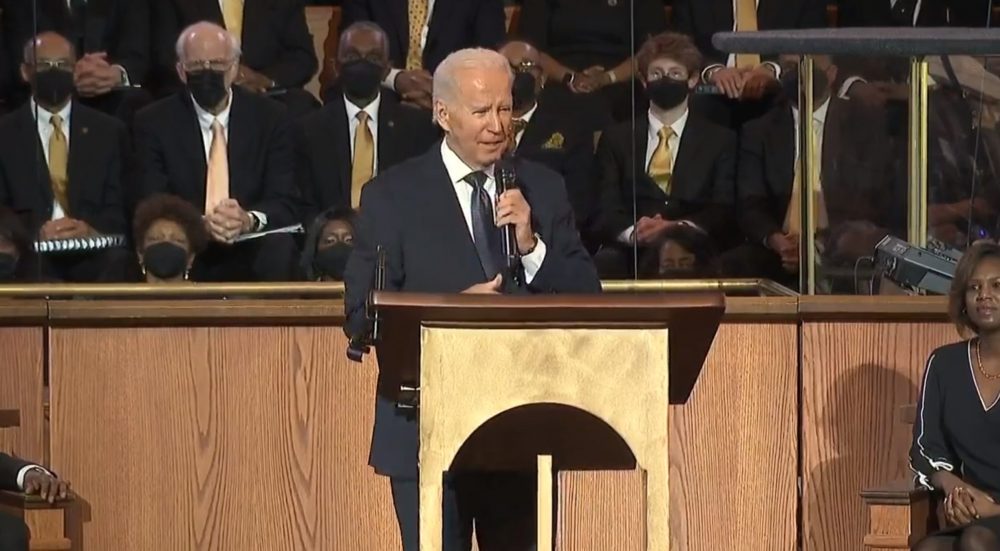 On the 94th birthday of Martin Luther King Jr, President Joe Biden delivered a sermon at the historic Ebenezer Baptist Church in Atlanta, which is led by “pro-choice pastor” Senator Raphael Warnock. At the historic church, where King himself once preached, Biden’s political pandering couldn’t be more evident. It is clear that Biden’s intention for this appearance was not rooted in genuine reverence for King’s legacy, but rather a political opportunity to push his own agenda.

Despite his campaign promise to advocate for so-called “voting rights legislation,” which in reality would only serve to undermine the integrity of the voting process by allowing unregistered voters and non-citizens to vote without verification, the legislation fell short last year due to the refusal of moderate Democrats to change Senate rules and abolish the filibuster. Nevertheless, Biden remains undeterred in his efforts to push for its passing, despite the lack of support.

Furthermore, with a potential re-election campaign looming in 2024, it is clear that Biden is only using King’s legacy as a means to pander to Black voters in Georgia for his own political gain. Rather than truly addressing the real issues of racism and inequality that plague our society, the White House is advocating for states to incorporate equity in public works projects and for the elimination of sentencing disparities between crack and powder cocaine offenses, which only serve as a superficial solution. In essence, Biden’s actions are a transparent attempt to exploit Martin Luther King Jr’s legacy for his own political gain, rather than genuinely honoring it.