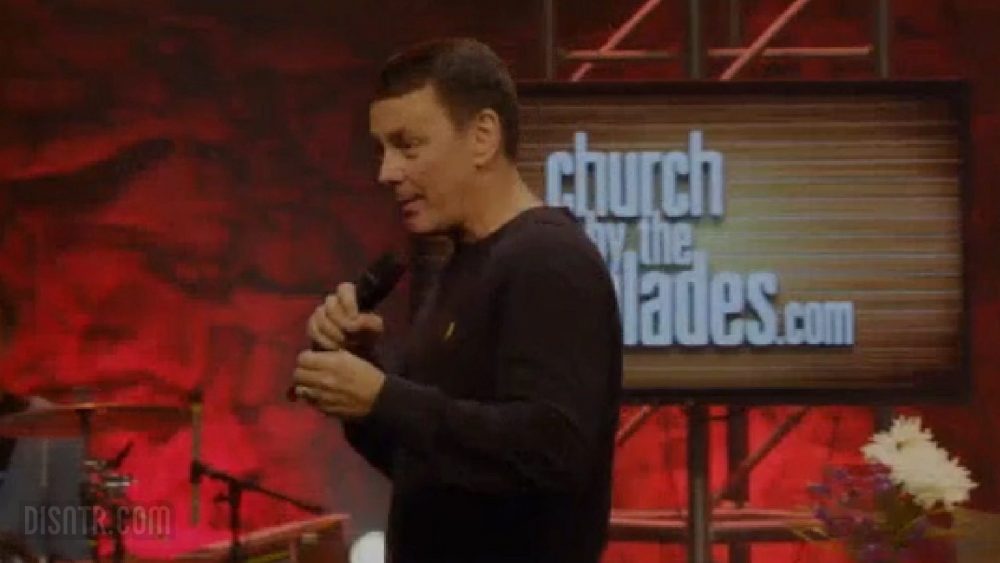 False Teacher of the Day #55: David Hughes, Church by the Glades

Pastor David Hughes of Church by the Glades in Coral Springs, FL is little more than a stand-up comedian, running a so-called “church” that does nothing more than tickle the ears of lost people. In one Instagram post, Hughes stated “If there’s one thing we can guarantee with 100% certainty about Christmas at CBG, it’s this… you will not fall asleep!” Despite what the Bible says about Christians coming to Christ because of what Christ did for them on the cross, Hughes believes that in order for people to come to Christ, they must be entertained.

Hughes’ church is nothing but a clown show, and Hughes himself is responsible for it. If it isn’t foul-mouthed bands, it’s circus performances. If it isn’t a circus performance, it’s Hollywood. What passes as “church” and “worship” these days should invoke the righteous indignation of every true believer in the world. There is no fear of God in these churches and if Jesus were physically present today, he’d most likely be flipping over tables and driving out these money changers with whips made of cords.

The great preacher Charles Spurgeon once said, “A time will come when instead of shepherds feeding the sheep, the church will have clowns entertaining the goats!” He couldn’t have been more accurate in his prediction, not because he’s a prophet, but because he had a grasp on the biblical understanding of the nature of man and the doctrine of sin.

Church by the Glades has been well known for its sensuality, worldly appeal, and extravagant performances of secular dance and music, including the Stormtrooper Dance, Disney Medleys, and covers of Beyonce’s Freedom. And recently, the church performed a live cover of foul-mouthed rapper Kendrick Lamar’s N95, which contains dozens of swear words, blasphemies, and references objectifying women in the original version.

Church by the Glades has also worshiped to a song by a feminist LGBTQ activist who dresses her son as a girl. And recently, they sanitized a foul-mouthed rap song and presented it to God for worship. The song, Astronaut in the Ocean, which the artist, Masked Wolf, says is inspired by Eminem, Kanye West, and G-Unit, contains dozens of explicit lyrics in the original version and the lyrics are grounded in the hopelessness of this world—hardly worth worshiping to.

In 2014, David Hughes gave a sermon (video below) in which he lambasted former members of his church who had left because they desired to hear sound doctrine preached rather than shallow, superficial sermons. In this tirade, Hughes likened the act of expelling these unhappy congregants to the excretion of bodily waste through the anus, using the New Testament’s metaphor of the church being a “body” and pointing out that a body has both a mouth and an anus. Hughes argued that these disgruntled members should be expelled through the “back door” of the church with the same dignity and respect afforded to feces.

This revolting analogy is not only deeply offensive and degrading, but it also reveals a lack of understanding for the role of the Church and his job as a pastor. Instead of focusing on expelling members through the “back door” of the church, perhaps Hughes should take the time to introspect and examine the depths of his own character and doctrine. The best outcome for Hughes at this point would be to step down from the pastorate altogether, repent, and believe the gospel. Only then can he rightly understand who God is and how to worship Him.

The actions of Pastor David Hughes and Church by the Glades are an affront to the teachings of Christ and should invoke the righteous indignation of every true believer. It is time for true Christians to stand up and speak out against these corrupt “churches” that are leading people astray.