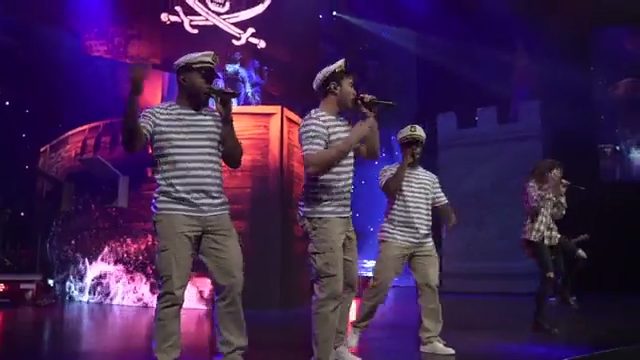 If it isn’t foul-mouthed bands, it’s circus performances. If it isn’t a circus performance, it’s Hollywood. What passes as “church” and “worship” these days should invoke the righteous indignation of every true believer in the world. There is no fear of God in these churches and if Jesus were physically present today, he’d most likely be flipping over tables and driving out these money changers with whips made of cords.

The great preacher Charles Spurgeon once said, “A time will come when instead of shepherds feeding the sheep, the church will have clowns entertaining the goats!” He couldn’t have been more accurate in his prediction, not because he’s a prophet, but because he had a grasp on the biblical understanding of the nature of man and the doctrine of sin.

Church by the Glades in Coral Springs, FL, made headlines in early 2020 after its pastor, David Hughes, was selected by another Florida pastor, David Uth, to speak at the 2020 Southern Baptist Convention’s annual meeting. Church by the Glades has been well known for its carnality, worldly appeal, and extravagant performances of secular dance and music including the Stormtrooper Dance, Disney Medleys, and covers of Beyonce’s Freedom. And recently, the church performed a live cover of foul-mouthed rapper, Kendrick Lamar’s N95 which contains, in the original version, dozens of swear words, blasphemies, and references objectifying women.

In this “church’s” latest episode of sensuality, the band performed a song by Adele, Rolling in the Deep. Who is Adele? Adele is an English musician whose songs have become popular in the United States.

Adele isn’t just a musician, she’s also an LGBTQ activist and a self-described feminist. In an interview with Rolling Stone, she stated, “I’m a feminist, I believe that everyone should be treated the same, including race and sexuality.” In 2016, she dedicated one of her shows to the homosexuals at the Pulse Night Club shooting in Orlando as she gets emotionally charged while praising the LGBTQIA+++ community.

Adele was also spotted in 2016 at Disneyland in Anaheim, California dressing her son up as Anna from Frozen, wearing a dress and parading him around like a girl.

But none of that deters Church by the Glades from completely immersing the congregation into the LGBTQ activist lifestyle of this woman. Why any church that fears God would want to revel in the filth of the world is beyond me—the Church is supposed to be a refuge from the world.

Here’s a clip from the performance this weekend:

Join our ad-free Substack community to read and post comments...
- Advertisement -
Previous article
The Conscience: Which Way Shall It Lead?
Next article
The Mormon Teaching of “Celestial Marriage”