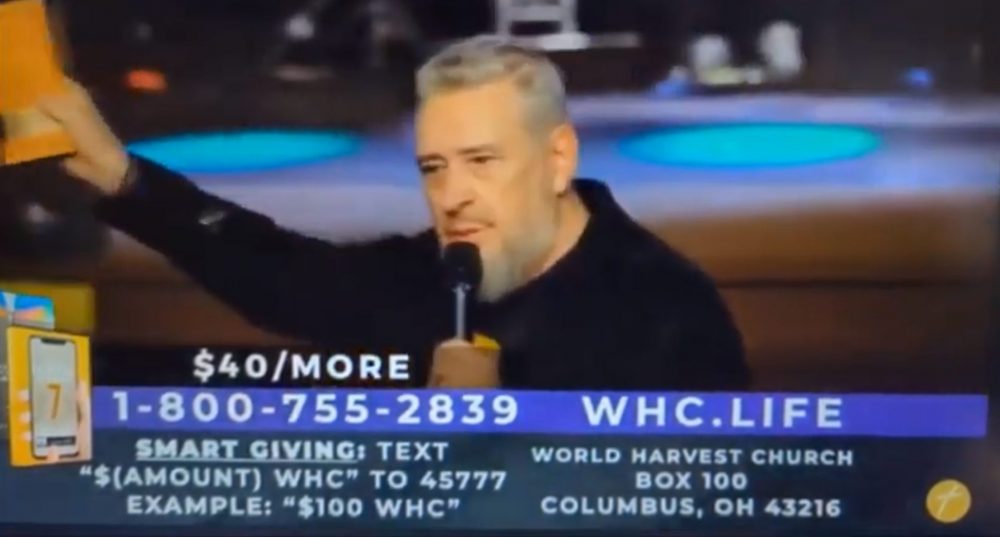 Charismatic Preacher Says the Bible is Wrong, Jesus Never Said “My God, My God, Why Have You Forsaken Me”

Charismatic Pentecostal “Faith Healing” Televangelist, Rod Parsely, tells his audience that Jesus never said “my God, my God, why have you forsaken me?” I barely even know how to respond to something that stupid.

As with the incarnation itself, as well as the divine nature itself, there is an inscrutable mystery here. However unlike what this clown says, whatever it means exactly, Jesus bore the forsaking of His Father, at least in his humanity, so that he could be the firstborn among many brethren who could not be forsaken.

In other words, Jesus was forsaken so that we don’t have to be. This is the foundational teaching of Scripture on the gospel.

This guy is the quintessential poster child for postmodernism. “Here’s how I feel about the situation so therefore it can’t mean what it says.” But it doesn’t even logically follow that if the Father could forsake the Son then He or the Son could forsake us. That is a classic non sequitur. The Father forsook the Son, again whatever that means exactly, precisely so that the Son could not forsake us.

God’s judgment is coming and He is not going to allow this kind of blasphemous mangling of His truth to go on forever. He is quite justly displeased with the horrific moral degeneration of secular America, but it pales in comparison to what is being ascribed to his name by those claiming to be Christians. Pagans will be pagans, but it’s the professing believers that displeased him the most.

Join our ad-free Substack community to read and post comments...
- Advertisement -
Previous article
Heresy of the Day #16: Antinomianism
Next article
America is Now Run by Liberals, Looneys, Lackeys, and Losers—Looks More Like a Second-Rate Circus