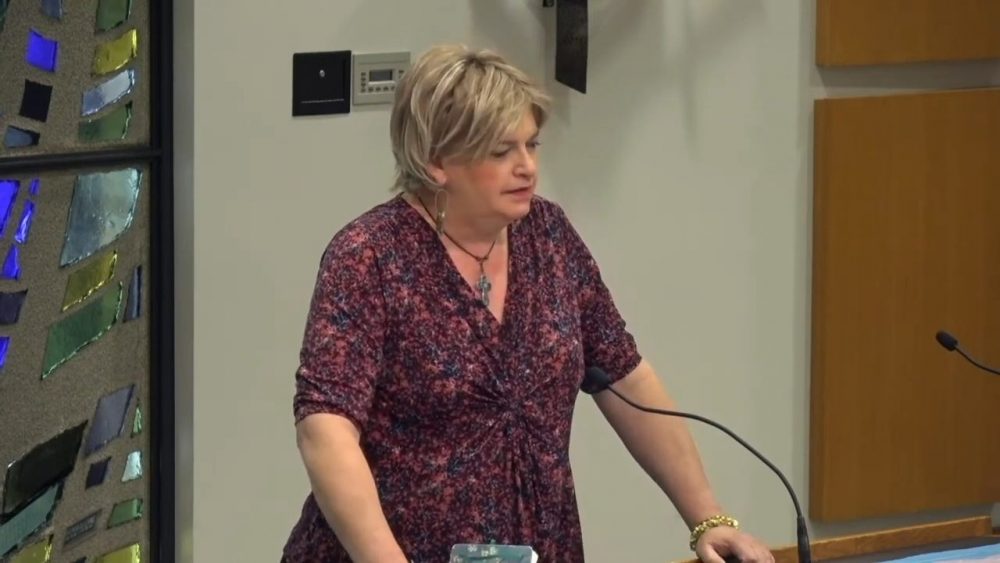 The phenomenon of drag queens and queers standing in pulpits in places that people are calling “churches” is really a sight to behold. We’ve reported on numerous churches that are platforming drag queens and handing their children over to them to be indoctrinated into an aberrant sexual lifestyle. It really demonstrates the depravity of our society today.

The Apostle Paul warned in 2 Timothy 4:3 that a time would come when people would no longer endure sound doctrine but rather turn to whatever it is that causes them pleasure in a world filled with hatred and rebellion toward God. What could be more rebellious toward a holy and righteous God than denying yourself as you were created by Him and instead, turning to the myth of cross-dressing and pretending to be someone of the opposite sex?

We expect the world to act this way—the Scriptures are replete with examples of societies being turned over to sexual anarchy as a judgment against them for sin. Sexual anarchy is, by definition, one of the few sins whereby the judgment for that sin is the sin itself. It’s destructive to the human race and it’s an affront to the God that we serve. This is why we care and this is why we oppose it, expose it, and call those involved in it to repent.

November 20 was “Transgender Day of Remembrance” and one church, Temple Beth El in Madison, WI, held an interfaith service where they shared “this solemn day of remembrance with many interfaith partners and is proud to be the host congregation for this event this year.”

“I am woman, I am queer, I am transgender,” And when I came out and when I lost privilege in this society…and I can’t walk into just any place, and I can’t pee safely.”