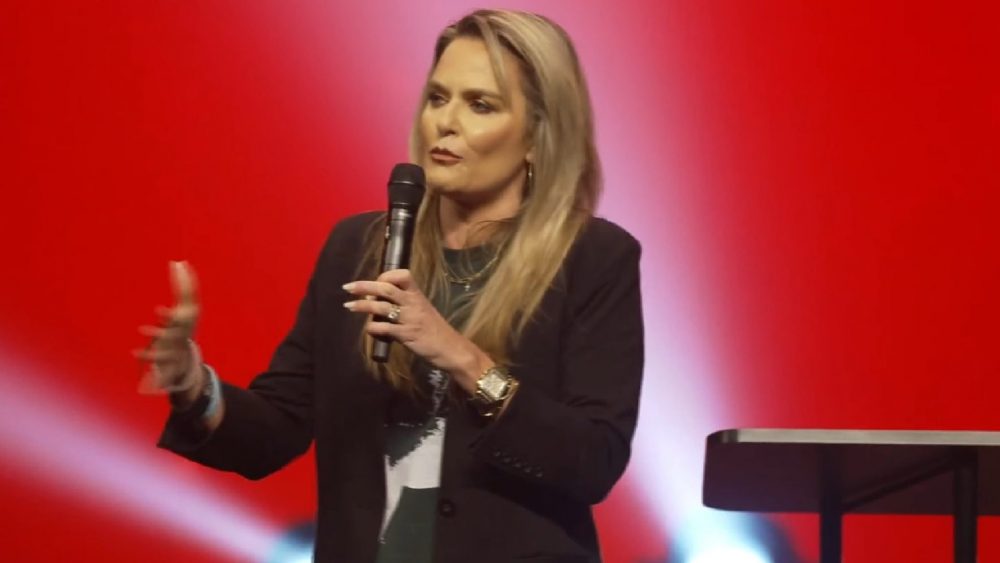 Normally, we lambast this circus-like “church” because it literally puts on circus performances. No, really, this Southern Baptist megachurch in Florida is well-known for its extravagant Sunday morning performances featuring circus acrobats swinging from the ceiling on ropes and “flying away” to various secular songs like Lenny Kravitz’s Fly Away.

Church by the Glades in Coral Springs, FL, made headlines in early 2020 after its pastor, David Hughes, was selected by another Florida pastor, David Uth, to speak at the 2020 Southern Baptist Convention’s annual meeting. Church by the Glades has been well known for its sensuality, worldly appeal, and extravagant performances of secular dance and music including the Stormtrooper Dance, Disney Medleys, and covers of Beyonce’s Freedom. And recently, the church performed a live cover of foul-mouthed rapper, Kendrick Lamar’s N95 which contains, in the original version, dozens of swear words, blasphemies, and references objectifying women.

Recently, this circus worshiped to a few other songs including the classic hymn Baby Shark, everyone’s favorite contemporary Christian song, Life is a Highway, and, of course, the gospel’s greatest hit, Astronaut in the Ocean, the clean version, of course.

In case you didn’t catch the sarcasm in that last paragraph, that was sarcasm. It should go without saying that this so-called “church” isn’t actually a church, but a Sunday morning entertainment venue that those who hate church and hate who God is can go to as a replacement for real worship. At this place, they can worship themselves, their emotions, and all of the idols they’ve created to suppress the truth about God—they can worship the creature rather than the Creator (Romans 1:25).

That such a place has such a low view of God that it could act in such a disrespectful and irreverent way toward Him while still calling themselves a “church” should shock us, but it doesn’t. So it also doesn’t shock us that in the middle of the Southern Baptist Convention’s turning point—the denomination is debating whether or not it will apostatize with women preachers or not—one of the largest churches in the denomination is putting women in the pulpit essentially lifting their middle fingers to God.

As part of the woke church movement that the Southern Baptist Convention (SBC) has thoroughly embraced, feminism is now one of the leading issues facing Southern Baptists as more and more churches adopt policies allowing women to be called to the pastorate despite the Biblical command not to. The North American Mission Board (NAMB), which is led by Kevin Ezell, is the primary church-planting network within the SBC. And despite the denomination’s official position on women pastors, NAMB continues to support and plant churches that defy this stance and many of them have women as their pastors.

Church by the Glades, however, recently stood Heather Palacios, the founder and CEO of Wondherful, in the pulpit to preach Sunday morning services on November 27.

Wondherful is a ministry that encourages people to seek help from primarily from psychologists while placing God on the back burner for emotional and spiritual issues. During the “sermon,” she spent most of the time doing just that, urging people who are struggling with emotional or sin issues in their relationships to seek help from a psychologist, and, by the way, don’t forget to sprinkle it with a little bit of God while you’re there.