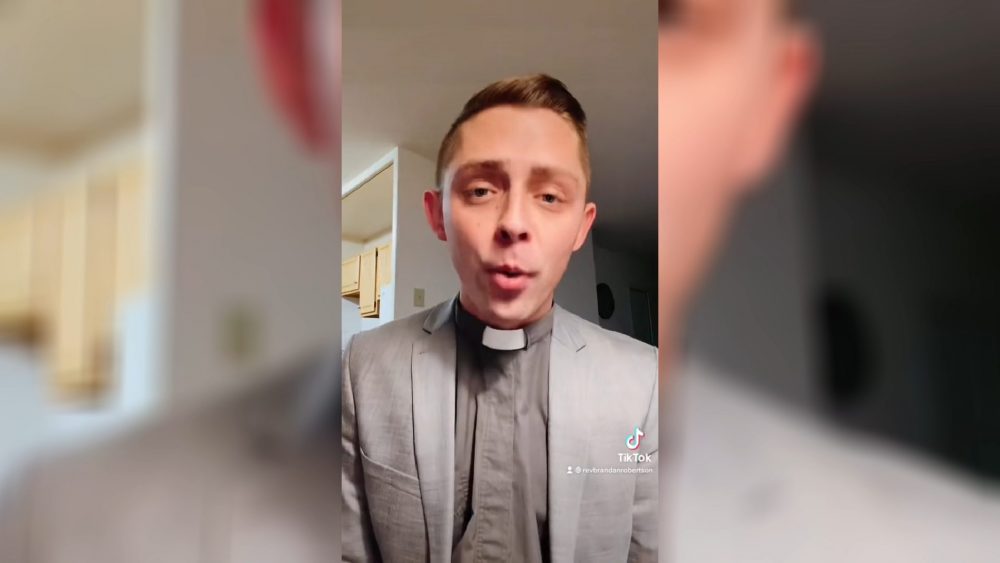 Gay Pastor Who Writes for Baptist Publication Says We Should Not Worship Jesus: A Biblical Response

Brandan Robertson has been in the headlines quite a bit in the last year or so as he is an openly gay, self-described “pastor” who opposed traditional, biblical theology while installing himself as a biblical scholar and theologian. Robertson is an advocate for sexual immorality and teaches that premarital sex is “good” and “healthy.” Of course, conservative Bible-believing Christians would never consider Robertson’s claims to Christianity valid, but the world sees things like this and brings reproach upon Christ.

Robertson made the news last year when he claimed that Jesus used a “racial slur” in Mark chapter 7 during the account of the Syrophoenician woman. Robertson said that the woman essentially bucked up to Jesus causing Jesus to “repent” of his racism and then “do the work” he was supposed to do. Obviously absurd.

In his latest diatribe against the deity of Christ, Robertson asserts that we should not worship Jesus because he never “commanded us to.”

It’s good to know how to respond to such nonsense when it’s brought up. While it is true that Jesus didn’t use the phrase “worship me,” what we see throughout the entire new testament is not only Jesus affirming his status as fully God, one with the Father, but also repeatedly and rightfully accepting and receiving the worship of his followers.

First, to clear up any doubt that Jesus is to be worshiped, God the Father confirmed the deity of His Son worthy of worship in Hebrews 1:6:

And again, when he brings the firstborn into the world, he says, “Let all God’s angels worship him.”

And the Apostle Paul in Philippians 2:9-11 stated:

Therefore God has highly exalted him and bestowed on him the name that is above every name, so that at the name of Jesus every knee should bow, in heaven and on earth and under the earth, and every tongue confess that Jesus Christ is Lord, to the glory of God the Father.

There is no doubt that Jesus is equal to God and worthy of worship. But for those who argue that Jesus never desired to be worshiped, we see him receiving worship beginning with at his birth when the Magi came to visit Jesus in Matthew 2:1-11. We see his disciples worshiping him after he walked on water in Matthew 14:33:

And those in the boat worshiped him, saying, “Truly you are the Son of God.”

Further, we see in John 9 after Jesus healed the blind man who was cast out of the synagogue by the Jews, Jesus clearly received the worship of the man He had healed.

We see many more confirmations of Jesus receiving worship all throughout the New Testament in passages such as Luke 24:52, Matthew 28:9-17 (following the resurrection), And in Revelation 19:10, we see the angel redirecting worship directed at him instead to Jesus, who rightfully deserves our worship. We worship Jesus today by our obedience to His commandments. This is what it means to follow Him—it means to worship Him. Jesus said “If you love me, you will keep my commandments” (John 14:15). This means, as stated in Romans 12:1–2, we present our bodies to Him (in obedience) “as a living sacrifice, holy and acceptable to God, which is your spiritual worship.”

So when blasphemers come to you and present you with this nonsense, be prepared to give an answer by studying and knowing the Word of God. They do this not because they actually believe it, but because they want to justify and rationalize their own hatred of God while loving their own sin.