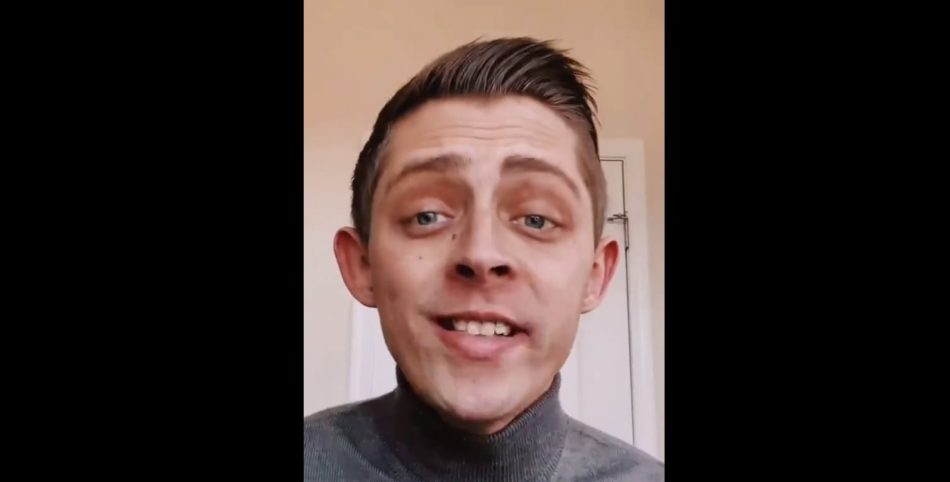 Brandan Robertson, a homosexual and self-described “pastor” and a rising star in progressive evangelicalism says that unless you are a “gay-affirming” Christian, then your theology can only lead you to conclude one thing, that you want all gays to die.

Robertson is an advocate for sexual immorality and teaches that premarital sex is “good” and “healthy.” Of course, conservative Bible-believing Christians would never consider Robertson’s claims to Christianity valid, but the world sees things like this and brings reproach upon Christ.

Robertson said in a recent video that in Mark chapter 7, Jesus used a racial slur. In an absolutely heinous display of biblical stupidity, Robertson says that because this woman was willing to buck up to Jesus, Jesus changed his mind and repented of his racism.

Did you know that there is a part of the gospel of Mark where Jesus uses a racial slur? In Mark chapter 7 there is the account of the Syrophoenician woman–a woman who is Syrian and Greek–both of which there were strong biases against within the Jewish community.

And she comes to ask Jesus to heal her daughter who is possessed by a demon. And what is Jesus’ response? He says, “it’s not good for me to give the children’s food [meaning the children of Israel’s food] to dogs.” He calls her a dog. What’s amazing about this account is that the woman doesn’t back down.

She speaks truth to power, she confronts Jesus and says “well you can think that about me but even dogs deserve the crumbs from the table.” Her boldness and bravery to speak truth to power actually changes Jesus’ mind. Jesus repents of his racism and extends healing to this woman’s daughter.

I love this story because it’s a reminder that Jesus is human. He had prejudices and biases and when confronted with it he was willing to do his work. And this woman was willing to stand up and speak truth.

What’s sad is that this guy most likely actually believes that this drivel he just spewed is what this passage teaches. This passage has nothing to do with racism or “speaking truth to power.” It is theological in that the grace of God is extended to all who believe–not just to the Jews. Jesus was demonstrating this by showing this woman that through her faith, not her ethnicity, will she be justified.

To argue that Jesus somehow sinned and needed to repent when confronted is not just ludicrous, it is blasphemous to the core. What Brandan Robertson needs to do is repent of his sin, idolatry, homosexuality, blasphemy, and rank heresy and receive the grace of God that can only come through faith in Jesus Christ–the actual, real Jesus Christ of the Scriptures.

Join our ad-free Substack community to read and post comments...
- Advertisement -
Previous article
John Roberts the Only Supreme Court Justice to Rule Against Free Speech in Georgia College Ruling
Next article
Far-Left Southern Baptist Leader Says Not Getting Vaccinated is Killing Your Neighbor