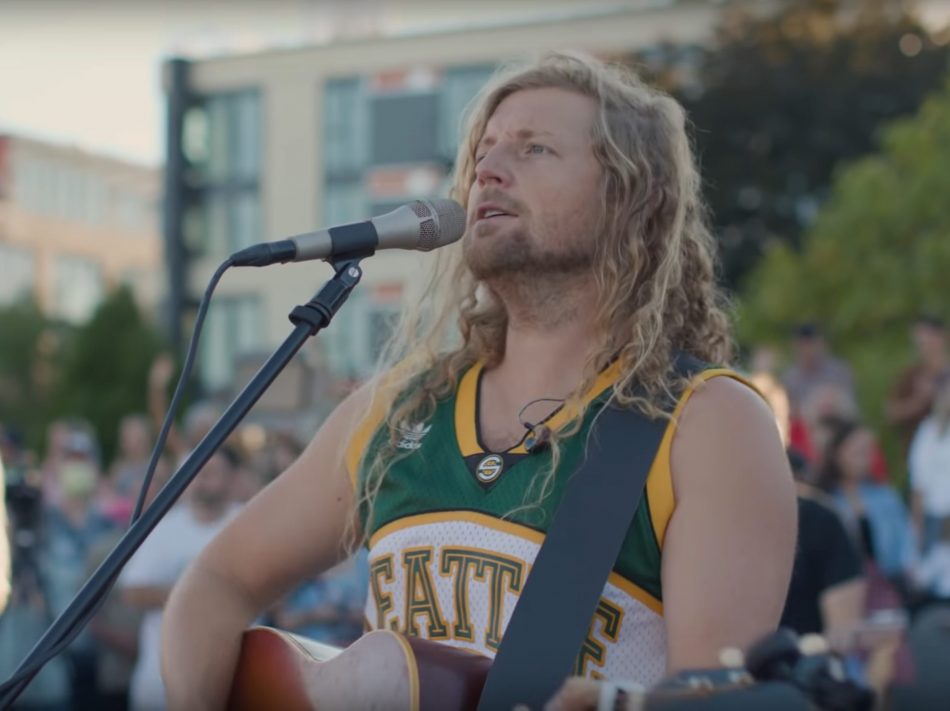 Making number 45 on our False Teacher of the Day Series is Sean Feucht. Feucht was a worship leader–part of Jesus Culture–which is a worship band out of the controversial Bethel Church in Redding, California led by the charismatic New Apostolic Reformation (NAR) “Apostle,” Bill Johnson. Bethel Church is a cult and is known for its fake healings and parlor tricks along with glitter and chicken feathers coming out of the ventilation system, to which they ascribe to the Holy Spirit.

In recent years, Bethel Church has taken a controversial turn towards embracing homosexuality and accepting gay church members. Mother Goddess is worshiped at the church and one of the pastors has blasphemously claimed that Jesus asked him for forgiveness. The church affirms Roman Catholics as Christians and one student even left the controversial school that is run by the church, citing false teachings and doctrines of demons.

Sean Feucht was one of Jesus Culture’s members who held to these unbiblical beliefs. Feucht refers to Bill Johnson and his wife as his “spiritual parents.” But to make matters worse, Feucht believes that God has a covenant with America much in the same way God had a covenant with national Israel in the Old Testament. As part of the New Apostolic Reformation — a dominionist cult — their movement holds to an unbiblical belief known as the 7-Mountain Mandate. This belief entails a mandate for Christians to take over seven areas, or “mountains,” of culture: Religion, Family, Education, Media, Arts & Entertainment, Business, and, of course, Government.

In his attempt to carry out his part of this mandate, Feucht ran as a Republican in California’s 3rd Congressional District but lost. Feucht claimed that “Jesus told him” to run for Congress and said that he’d been praying about for since he was sixteen. His aspiration was to end abortion rights. His failure–besides the fact that prophets and Apostles do not exist today–proves him to be a false prophet since he spoke presumptuously in the name of the Lord.

Below is an Instagram video of the White House event shared by Sean Feucht, where it soon becomes evident that there’s no resemblance to orthodox Christian worship. Instead, what is on display are ‘Apostles and Prophets’ showcasing their unbiblical NAR manifestations (shouting, writhing, flinching, twisting, etc). This behavior (and shouting) on their part is in line with their ‘dominionist strategy’ to take over the Government Mountain and change the nation through the 7-Mountain Mandate:

Feucht also purportedly converted an ANTIFA member while out on the streets during a protest in Portland last year. Feucht and his band had been on the streets of Portland for several days following the George Floyd incident. In the midst of violent protests, very close to the action, and even being attacked by members of ANTIFA while playing their music, Feucht claimed to have converted an ANTIFA member on the spot while they were singing their music and without hearing the gospel.

Sean Feucht should be marked and avoided.