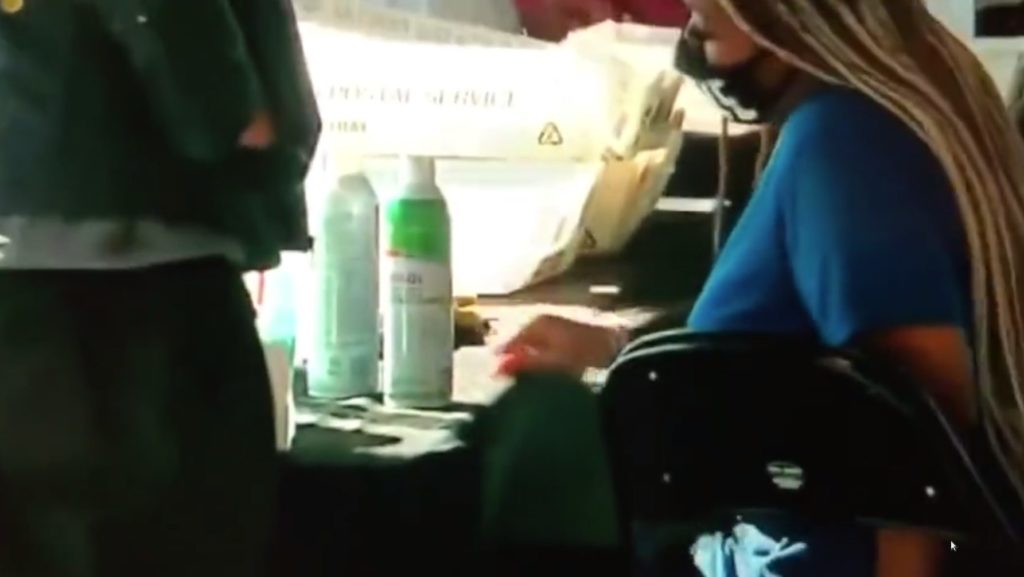 Yesterday, Reformation Charlotte reported on one of the eye-witnesses testifying at the congressional hearing in Georgia who walked through the surveillance video and explained that after one of the election officials closed the counting center and sent everyone home, four people stayed after hours to count ballots. During that time, the security cameras caught these people pulling out several suitcases full of ballots from under a table and they began counting these ballots.

Now, more video has surfaced of a suspicious hand-off of a USB drive between to poll workers which was caught by a bystander.

The Dominion Voting Systems computers have been under a lot of scrutiny since the election as it has been shown numerous times that not only are they highly susceptible to fraud, there appears to be much evidence that fraudulent activity has taken place. One of the areas under question regarding these systems is the ability to manipulate the voting tallies which are stored in a database file and transported via USB drive.