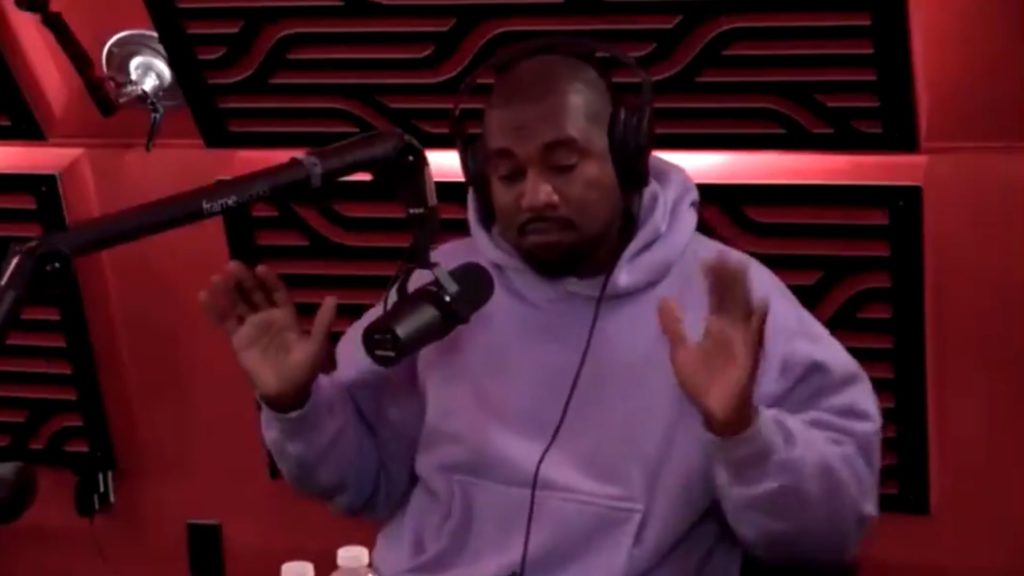 Whether you like Kanye West or not, his new found identity as a professing Christian is not something that should be taken lightly. West, who announced his conversion last year, has been on what seems to be a roller-coaster ride trying to find his place in the Church.

West, no doubt, has made his rounds with heretics — including Joel Osteen and Lou Engle’s Awaken Conference — but he has also been in and out of the hands of solid bible teachers.

Kanye West recently went on Joe Rogan where he gave props to expository preaching, the kind of preaching where the Word of God is actually preached and taught.

There’s some types of preachers where they get up, they have the Bible in their hand, then they close the Bible and they just talk for two hours…But the expository preachers go line for line. And for me, it’s like, I come from entertainment. I got so much sauce, I don’t need no sauce on God’s Word. I need the Word to be solid food.

On the other hand, you may remember from a few years ago, celebrity megapastor, Andy Stanley trashed expository preaching, calling it “easy” and “cheating.” When Stanley was asked what he thought about expository preaching in an interview with Ed Stetzer in Christianity Today, his response was:

Guys that preach verse-by-verse through books of the Bible– that is just cheating. It’s cheating because that would be easy, first of all. That isn’t how you grow people. No one in the Scripture modeled that. There’s not one example of that.

While Kanye West still has a long way to go, ignoring the fact that it seems that the Holy Spirit is actually making an impact in his life would be foolish, at this point.

Join our ad-free Substack community to read and post comments...
- Advertisement -
Previous article
Podcast: On John Piper’s Tacit Promotion of Joe Biden and the Democrat Party
Next article
56 Percent of Catholics and 43 Percent of Protestants are Pro-Abortion