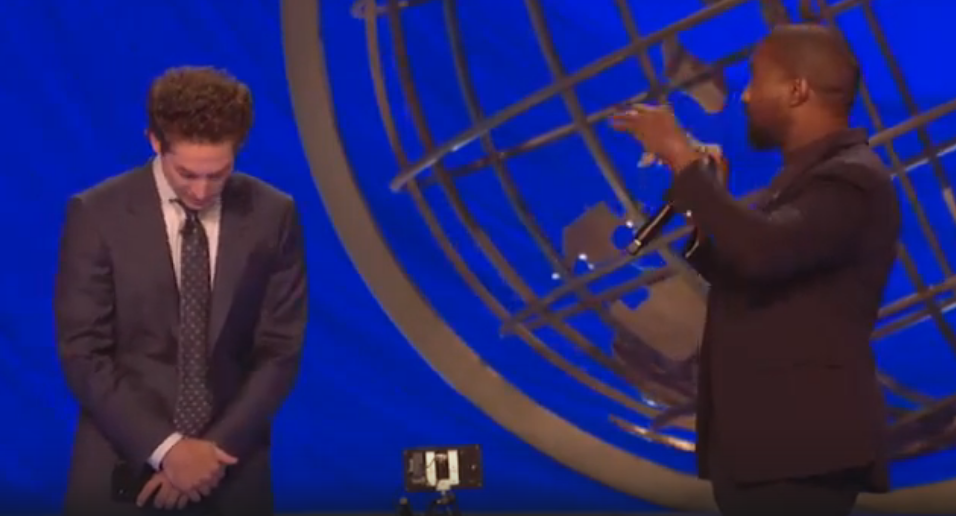 I’ve been very cautiously optimistic about Kanye West’s supposed conversion to Christianity — and I still am. However, West has always had an affinity for the spotlight — and still does.

Last week, we reported that Kanye West would be appearing at Joel Osteen’s church and I thought at the time that it would likely be an album promotion for West’s new gospel album, Jesus is King. Today was that day and Kanye West took the stage to tell everyone a little bit about Jesus and a lot about himself.

At one point during his speech, he turns around and rebukes a man in the preferred high-dollar box seats behind the stage telling him that he needed to be quiet because he goes into these “streams of consciousness” while he’s speaking and that “God flows through him.” The entire speech was bizarre.

But there is a glaring problem right now that needs to be dealt with. I really don’t want to see Kanye slip away and be devoured by false teachers and a false gospel. I really don’t. But the problem is, Kanye West is still in the spotlight when he doesn’t need to be.

Join our ad-free Substack community to read and post comments...
- Advertisement -
Previous article
Todd White Says Jesus Didn’t Defeat Satan as God But as a Man, This Puts Us on Par With Jesus
Next article
Pope Conducts Mass With Lesbian Anglican Activist While Promoting the Criminalization of Reparative Therapy