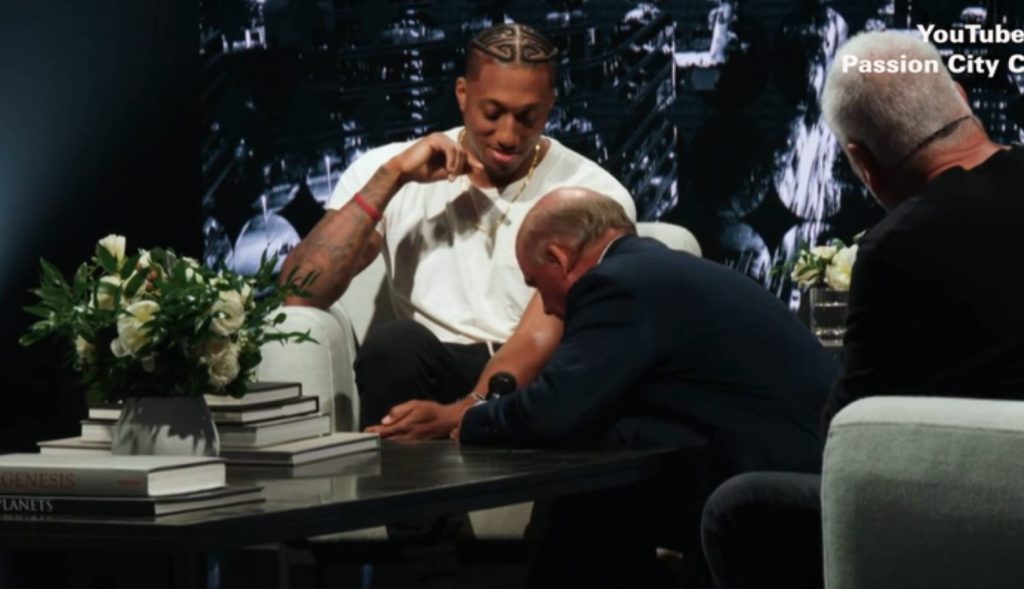 Up to the point where I began college days at Bob Jones University, Chik-fil-a was a name scarcely anyone has even ever even heard of. For residents of my home state of Connecticut, practically nobody would even think of this restaurant because such was not a commonplace for Christians to meetup and fellowship. In most cases—perhaps still is—Christians would venture out to places like <gasp> Starbucks to enjoy coffee and cozy conversations in a fairly liberal establishment.

Flash forward a few years later and there I was rolling around in the world of Greenville, SC wondering what restaurants existed down here. For Connecticut Yankees, this thing called Chik-Fil-A was not a restaurant of choice but for all BJU students (excluding myself), it was considered heresy for denying its existence. Because I grew up in the Northeast, I was well accustomed to speaking, breathing, and entertaining liberalism well before insanity rocked their boats. After all, conservatives were not a majority for this state for the past 30 years of my life!

Even though learning of its existence was quite a surprise where I would have the occasional meals there from my college days—along with Bo*jangles, Jack-In-The-Box, and many others, I realized the restaurant has had its support from evangelicals for one reason: because it was a Christian Restaurant. I mean, what restaurant even closes on Sundays let alone take a stance against the LGBTQ lobbying groups.

Yet despite the pretentious atmosphere one felt, it was always a delight to have at least one company take a stand for Christ.

Flash forward to the year 2020 and here we have learned of the following:

In attempt to steer clear from the LGBTQ lobby, the company has decided to avoid taking political stances.

In addition, the restaurant has discontinued donating to organizations who oppose LGBTQ ideology, including the Salvation Army.

Even though the company has made these decisions, Breitbart has uncovered its resources went to the Southern Poverty Law Center (SPLC) and Covenant House.

In more recent events, the restaurant encourages White Christians to shine the shoes of minorities just to display Christlikeness and undergo contrition.

And that’s not enough.

According on article on the Christian Post records Dan Cathy as believing that “white people have not asked enough about the experience of black people” purporting that ‘we’ve got to have a sense of empathy of what led to this.” Of course, Dan Cathy’s emotionally charged meeting could not have been better seasoned with a feature from Christian Rapper Lecrae, who had shared a few instances of discrimination from the police while growing up, leading Dan Cathy to state “I can only imagine the indignity, the emotional indignity, I can only imagine it.”

Of course, this is less than half of the entire story.

For those who are not too familiar with The Adventures of Huckleberry Finn, there comes a part toward the novel’s end where Huckleberry encounters two different con artists, The Duke & the King, who happen to be clever enough to come up with scheming tricks to raise funds for their demise. In one instance, Huck and the pair set ashore in a deserted town called Pokeville, whose inhabitants attended a camp meeting.

Without questioning his character or histories, the King manages to con the entire town into forking over $87 and a jug of whisky by claiming to be a former pirate who’s strapped for cash. Rather than taking rationality into account, the point Twain makes of this episode is to show the sheer gullibility and amicability Evangelicals have for anyone sorrowful enough to make church appearance and make a spectacle of it. Were he alive in this day and age, it would not be a surprise to find him claiming our society has not changed.

An easy Wikipedia search on his biography points out Lecrae did not live a godly childhood—as an I Am Second website points out: “[his] world was devoid of good role models.” Having never met his father and enduring a life of abuse, Lecrae “sought to fill that void by surrounding himself with drugs, theft, alcohol, and gang activity.” This crisis of faith which he had in his college days did not come without the inclusion of drug dealing, where he used grandma’s bible as a good luck charm.

This, when all said and done, does not look like the typical sympathies Lecrae and Dan Cathy wish upon their audiences.

One just needs to piece everything together.

“The first time a gun was pulled on me by a police officer I was 13 years old. And I was unarmed…[because he looked up to gangsters and turned to a life of crime].”

When talking about being pulled over three times by police officers in a section of Texas while driving across the country, Lecrae claims “It left me wondering what in the world is going on. Why is this?” to which we already know the answer: Lecrae has a criminal record.

Let that sink in: Lecrae Devaughn Moore has committed a string of crimes which would produce a criminal record.

This criminal record always shows up in the police database.

Does any of the sympathy make sense?

“So I said all that to say, most personal experiences [because he looked up to gangsters and turned to a life of crime], and I can name countless others of all my friends, all my black friends of course, inform our relationship with law enforcement and help shape the way we are perceiving everything that’s going on right now.”

To which it should be asked, do any of those black friends of yours have criminal records? Did any of them share precise experiences—you know—the ones of drugs, criminality, and sexual promiscuity, which has not been calculated into those police encounters? Are those friends still involved with those horrible life choices which you have decided to abstain from or are they still involved?

Apart from the realities Lecrae excludes from this discussion, one thing is clear: Evangelicals have become far too absent minded.

Rather than being the Christian organization that touts traditional biblical values, this has become company that functions on placating whims. The decision to avoid discussing politics and avoid donating to charities which would not promote LGBTQ ideology were the first steps toward its slow leftward drift. Bring on a Christian rapper who recalls his childhood life with its less than half-baked truths, and it will only be a matter of time where Chik-Fil-A will embrace homosexuality as another sexual orientation.

There is claim that the food chain will ever remain the same, and they are right to some extent. While Christians who have dined at this restaurant for years will notice the differences in the company’s moves despite the sandwiches remaining the same, others—like myself—will gladly point out this company has not refused to learn from its evangelical predecessors: sentimental gullibility is not the thing of the past.

Join our ad-free Substack community to read and post comments...
- Advertisement -
Previous article
How Do Medical Billing Solutions Offer More Benefit To Your Practice?
Next article
The Moment a Christian Obsesses With Race, the Instant the Gospel Gets Censored