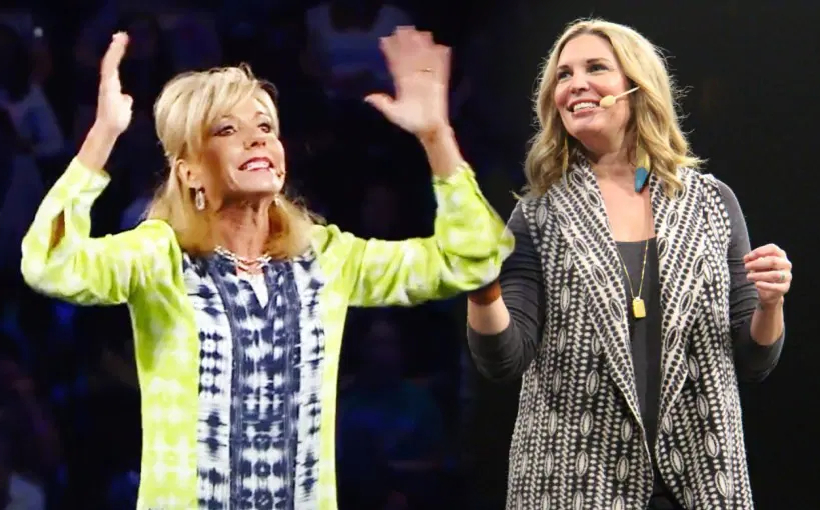 Jen Hatmaker has been on a path to destruction for a long time. Hatmaker first came out of the closet of homosexual affirmation during an interview with Jonathan Merritt, son of former Southern Baptist president, James Merritt. Subsequently, the SBC book store Lifeway pulled her materials from their shelves.

What’s interesting, however, is that since Hatmaker departed the faith a few years ago, she’s been on a mission to mainstream homosexuality and include it as a normative part of the Church. In a recent op-ed she penned for Dallas Morning News, she says one of the reasons she questioned the Evangelical faith she grew up with is that homosexuals were required to remain celibate.

What is exactly meant by “forced,” she doesn’t expound upon. I know of no Christian religion that “forces” celibacy upon anyone — however, other religions, such as Islam do. While the Scriptures obviously teach that homosexuality is a sin and in order to become a Christian, one must repent of sin and come to Christ — nobody is forced against their will to do so.

Hatmaker’s problem isn’t with Evangelicalism, it’s with God and His Word. It literally can’t be any clearer that a practicing homosexual is outside of the bounds of true conversion.

Further, she adds that she questioned her faith because the “missionary culture” she grew up in, she equates to colonization. Of course, Jesus said to go into all the world and make disciples and teach them to obey the things of Christ — that is the Great Commission. To equate that with “colonization” is to imply that evangelism is bad. Instead of complaining about it, she should be thanking God for the colonization around the world that has led to the gospel being spread to the corners of the Earth.

Jen Hatmaker doesn’t care about souls or people — she is an enemy of God. She doesn’t understand the gospel and she doesn’t know who Jesus Christ is. If she did, she would repent, fall on her face, and beg for forgiveness for blaspheming his name around the globe with her artificial religion of acceptance and tolerance.