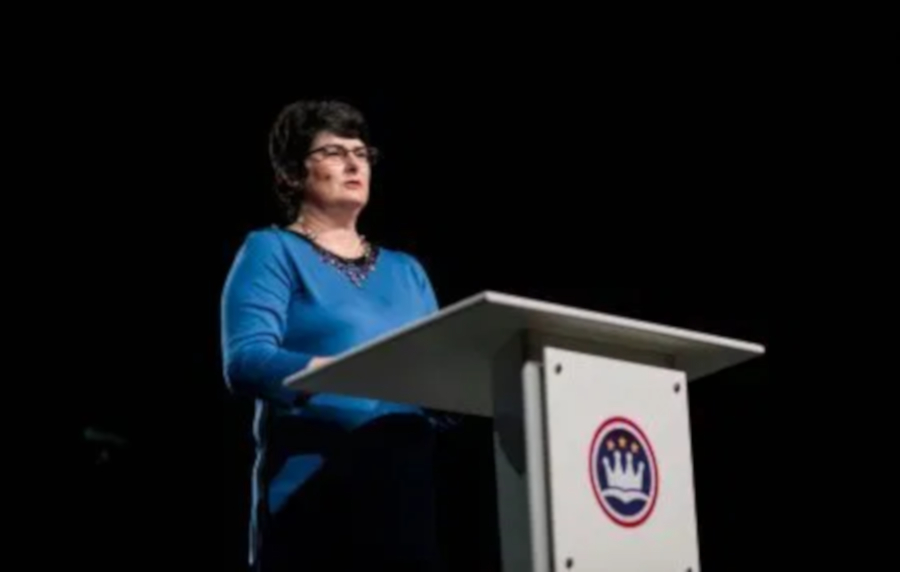 Susan Codone is a professor at Mercer University and a contributor to the Southern Baptist Ethics and Religious Liberty Commission (ERLC) and a member of the ERLC council. Codone recently endorsed several false teachers, including Beth Moore, but more importantly, she endorsed two highly pro-homosexual activists, Jen Hatmaker and the deceased Rachel Held Evans.

Rachel Held Evans, the progressive author and speaker, passed away at 37 on May 4, 2019 due to complications from an infection. She tragically left behind two very young children and her husband. Rachel Held Evans impacted the Christian community in many ways that will leave its mark for generations to come.

Held Evans stood in stark contrast to orthodox Biblical Christianity and challenged biblical beliefs at their core. She was a hero of the “progressive Christian” movement. Evans was a pro-LGBT, pro-abortion feminist who shook her fist at Jesus Christ Himself, practically daring Him to reign supreme over His own creation.

Jen Hatmaker is the progressive queen of liberal pro-gay faux Christianity who advocates for the broad acceptance of homosexuality and other aberrant sexual orientations in the Church. Like her late counterpart, Rachel Held Evans, Hatmaker is known for her endorsement of “gay Christianity” and gay authors and “pastors” such as Matthew Vines and Brandan Robertson.

That SBC leadership will be silent on this will be no surprise. It’s telling of the direction the denomination had taken. God help us.