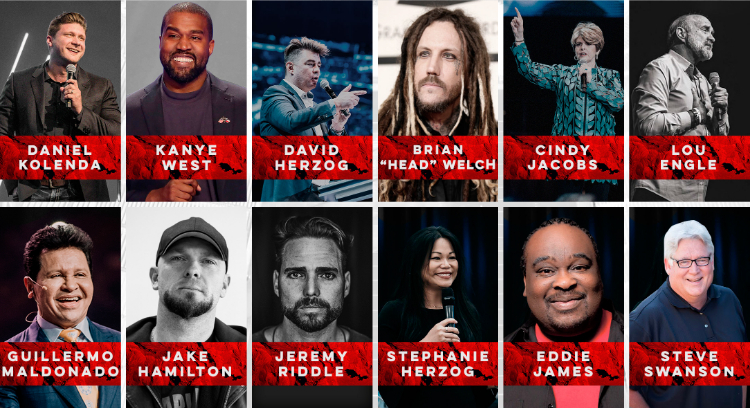 I’ve been cautiously optimistic about Kanye West’s supposed conversion to Christianity. While I’ve been hopeful that his conversion is true, I’ve been skeptical about the sincerity of his conversion and have refrained from promoting him or his music to other believers.

While others have urged us to give him time show fruits, we’ve held the position that if West is truly born-again, our criticism isn’t going take that away from him. In fact, as a highly visible popular figure — and one who now claims Christ — this does place him in a position to be scrutinized publicly for his words, actions, and associations.

This is what we have done. First, we reported that Kanye West, during one of his famous Sunday Morning “worship” services, preached to the crowd in support of heretics like T.D. Jakes and defended Mormons and Catholics stating that we “all have the same gospel.” Of course, Bible-believing Christians know that’s not true and it is a dangerous position to hold.

Then, we reported that Joel Osteen was reaching out to him attempting to get him to come to his church. Our biggest fear was that Kanye would be swooped up by these wolves in sheep’s clothing because, as it is still very obvious, Kanye West is still addicted to fame and celebrity. As our fears proved true, West did show up at Osteen’s church and while he was there, he relentlessly promoted himself on stage.

Now, it appears that Kanye West has fully embraced the charismatic New Apostolic Reformation “signs and wonders” movement and will be joining a host of self-proclaimed “prophets” and “apostles” at the Awaken 2020 Conference this weekend. Some of the false prophets and false apostles heading up the event include Cindy Jacobs, Lou Engle, Guillermo Maldonado, Brian Welch, and many others.

At this time, while I can still hope that Kanye West will turn away from the flesh-gratification of the New Apostolic Reformation and charismatic movements associated with the false prosperity gospel and Word of Faith movement, it’s safe to say that Kanye West should not be recognized as a valuable resource for sound, biblical orthodoxy or a contributor to the Christian faith until he repents. Let’s pray those who are close to him will continue to push him out of this spotlight-seeking idolatry he’s still so caught up in.

Now I beseech you, brethren, mark them which cause divisions and offences contrary to the doctrine which ye have learned; and avoid them.

For they that are such serve not our Lord Jesus Christ, but their own belly; and by good words and fair speeches deceive the hearts of the simple.