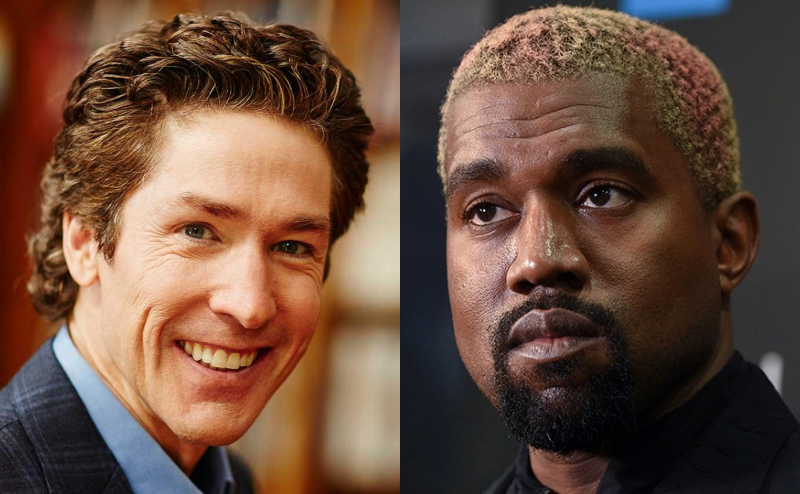 Kanye West admits to being a new convert with little theology behind him to stand on, yet, for some reason, he’s holding Sunday morning worship services that are attracting crowds in the thousands — tens of thousands. And, theologically speaking, he’s confusing a lot of people.

I really don’t want to see Kanye slip away and be devoured by false teachers and a false gospel. I really don’t. But the problem is, Kanye West is still in the spotlight when he doesn’t need to be. If he is — and again, I truly hope that he is — truly a born-again believer, it’s time to step down from the self-proclaimed pulpit.

But that’s going to be difficult to do if he’s continuously drawn away from true discipleship and led into the hands of wolves. With West’s affinity for the spotlight, it comes as no surprise that he would be in conversation with a self-aggrandizing man who also loves attention — Joel Osteen.

TMZ reports that West has been in conversation with Osteen as recently as two weeks ago and has been invited to join Osteen for a Lakewood “service.” Of course, with 45 thousand people in attendance and 100 million reached around the world on television, what an opportunity to showboat yourself to a massive audience of goats.

We’re told Ye told Joel he’d love to attend a service, and he wouldn’t be the first celeb to do so. Oprah, Tyler Perry, the Clintons and many others have attended.

The question … would Kanye perform at the service? Our sources say Joel never asked him because he didn’t want to put Kanye on the spot … BUT if Ye wants to sing, Joel would be thrilled.

So, again, if West is truly born again, let’s pray that the Holy Spirit will lead him away from the filth of celebrity Christendom and remain faithful, under solid discipleship, and ultimately, take the spotlight off of himself giving God alone the glory of his salvation.