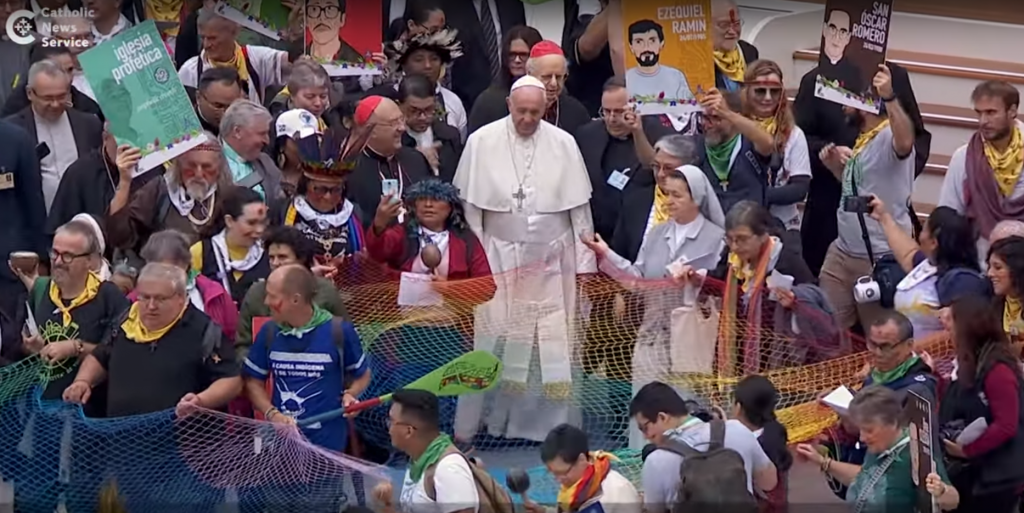 The Amazon Synod of the Roman Catholic Church began yesterday and it was as bad, if not worse than critics warned it would be. The first plenary session of the synod for the Amazon region was opened by Pope Francis yesterday morning by praying with the synod participants at the tomb of St. Peter in the basilica dedicated to his name and then gave an incisive speech to offer some direction to guide them over the next three weeks.

The synod began with a ritual whereby people of various pagan religions joined to worship Mother Earth by planting a tree in the Vatican garden. Indigenous people from the Amazon brought “offerings of soil” to the spot where they were sacrificed to their plant gods. A figure with an erect male organ could be seen nearby.

The ritual shocked and disgusted many Christians as it is an affront to the gospel of Jesus Christ. It is a clear demonstration of Romans 1 that, like the recent plant worship at Union Seminary, exchanged the truth about God for a lie and worshiped and served the creature rather than the creator.

Throughout the day, you can see the pope celebrating with LGBTQ activists. The entire charade was fascinating to watch. The Roman Catholic Church has long idolized the creation and the works of the hands — and now, under the new Marxist pope, is leaving no doubt about where she stands. And she will stand with anyone except for true, Bible-believing Christians.