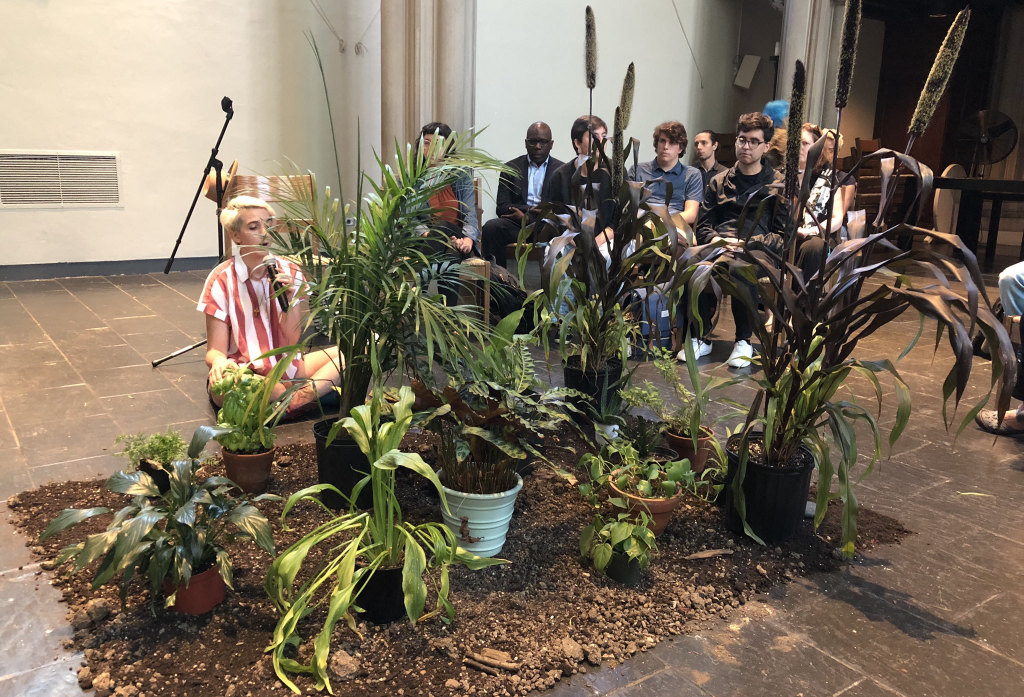 …because they exchanged the truth about God for a lie and worshiped and served the creature rather than the Creator, who is blessed forever! Amen.

If you want a glimpse of where the Southern Baptist Convention is heading barring a merciful hand-slap from God, just watch the liberal denominations. Recently, Reformation Charlotte reported on a liberal Presbyterian church that placed a pagan deity in their sanctuary. No doubt, idolatry and progressivism go hand-in-hand.

Union seminary — which was home to the father of modern Black Liberation Theology, James Cone — is by far one of the most downgraded seminaries in the US today. It has completely abandoned the gospel in favor of social justice. It comes, therefore, as no surprise that the seminary would abandon God in favor of idols.

What’s interesting, however, is the particular path they’ve chosen for their idolatry and their unique form of idol worship. It is peculiar, and not something we’ve seen in anything that claims Christianity — at least not in Western Civilization.

Plant and animal worship is typically unique to Eastern mysticism as well as Native American and other forms of animism. According to this definition, which I believe sums it up quite well,

Animism is the doctrine that every natural thing in the universe has a soul. If you believe in animism, you believe that ostriches, cactuses, mountains, and thunder are all spiritual beings.

This appears to be exactly what Union Seminary has embraced as they recently announced on Twitter that they “confessed to plants” and expressed “grief, joy, regret, hope, guilt and sorrow in prayer; offering them to the beings who sustain us but whose gift we too often fail to honor.” Completely absurd.