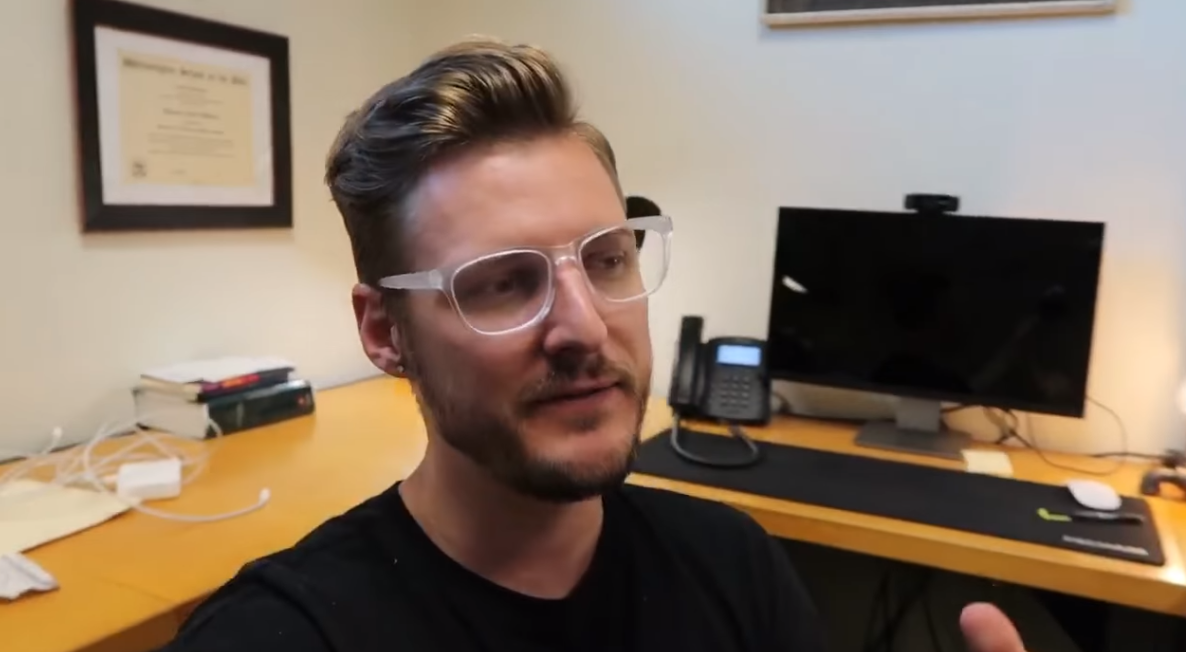 The popular Southern Baptist pastor at Greg Laurie’s Harvest Christian Fellowship in Riverside, CA who recently committed suicide was an advocate for “gay Christianity” and had clearly bought into the notion that one could be a homosexual — even though he acknowledged the Bible spoke against it — and still be a Christian.

Jarrid Wilson, who took his life at 30 years old and left behind three children and a wife to clean up the mess, was an outspoken critic of Westboro Baptist Church. Yet, after reading Wilson’s writings, it is indisputable that he took his pro-gay views far more left than was initially apparent. In an article that Wilson wrote in 2013 — which has now been removed from his website but still exists on Archive.org — Wilson wrote,

I know a handful of people who are gay, go to church, and in fact show the presence of Jesus’ love more than most self-proclaimed “straight” Christians do. (Let that sink in)

Of course, what Jarrid fails to acknowledge here is that those who are apart from Christ are enemies of God — it is impossible for them to “show the presence of Jesus’ love.” I mean, let that sink in. Jesus said, “if you love me, you will keep my commandments.” (John 14:15) How can you possibly show the love of Jesus if you don’t love Jesus? It’s impossible.

A further review of Wilson’s writings, however, show that Wilson had a misconstrued and unbiblical idea of love. For Wilson, love wasn’t speaking the truth, rather, it’s being nice. For the record, I despise Westboro Baptist Church as well — for they do not know the grace of God. However, Wilson, on the other extreme, did not seem to understand the law of God. And for those who are apart from Christ are still under the curse of the law — and for this, we must be open and honest about. We must expose the sin of homosexuality to the light of God’s truth — through law and grace. But the law must come first. Bottom line, we have to tell homosexuals that God abominates their sin and that if they refuse to turn from it, they will spend eternity in Hell.

In another article titled Christians are Failing at Showing Love to the LGBT Community, Wilson again tosses aside the law of God and attempts to apply God’s grace to every single person — regardless of their repentance and faith. He writes,

I have family members who are gay. I have friends who are gay. I know people who are questioning their sexual identity. So, what do I do? I show them love and grace as Jesus would.

In another article titled Why Hate the Sin, Not the Sinner Isn’t Working, Wilson again reflects this same unbiblical version of love. Nowhere in the Bible does it say that Jesus shows “loving comfort” to unrepentant sinners.

The goal isn’t that we are to look away when someone is struggling, but instead engage and embrace people in a way that reflects the loving comfort of Christ. A way that shows the love of Jesus. A way that strays from anything to do with hate. Period.

Rather God says that those apart from Christ are dead in their sins and trespasses (Ephesians 2:1) and are at enmity with God and hostile toward him (Romans 8:7). Further, they are in serious danger of perishing in eternal Hell (Luke 13:3-5).

But perhaps even worse than all of this is another article titled 4 Reasons Jesus Would Invite Caitlyn Jenner Over For Dinner, Wilson writes,

I know that Jesus would welcome Caitlyn Jenner to his dinner table without question, and I believe that anyone who calls themselves a Christ follower is called to reflect an image of similarity. Here are a few reasons why.

The four reasons Wilson gives is

Of course, Jesus is all of these things. But Wilson conveniently leaves out “Jesus is just,” “Jesus is righteous,” and “Jesus hates sin.” Yes, it is true that Jesus ate with sinners — but not once did Jesus ever do so without offending them, exposing their sin and calling them to repent. Their response to Jesus was always either offense or repentance. This offense part is clearly what Wilson rejects. But the Bible says that Jesus is offensive — that he is called the Rock of Offense (1 Peter 2:8) — and that by preaching His truth people will be offended.

Bottom line, we are not called to preach God’s word without offending people. Jesus himself said he came not to bring peace, but a sword (Matthew 10:34) — and that sword sets believers and unbelievers apart. If a Christian thinks he can sit at the table with a crossdressing God-hater and speak any kind of “truth in love” to them without offending them, he has a tremendously perverted idea of who God is. God hates sin — and homosexuality certainly ranks among the most hated according to Scripture. Sexual perversion is a sign of the deepest and harshest judgment of God. Of course, these people need to hear of the grace and mercy of God found in Jesus Christ alone — but if they don’t know what their offense to God is, then how should they know what they need to repent of and why they need to place their faith in Christ?