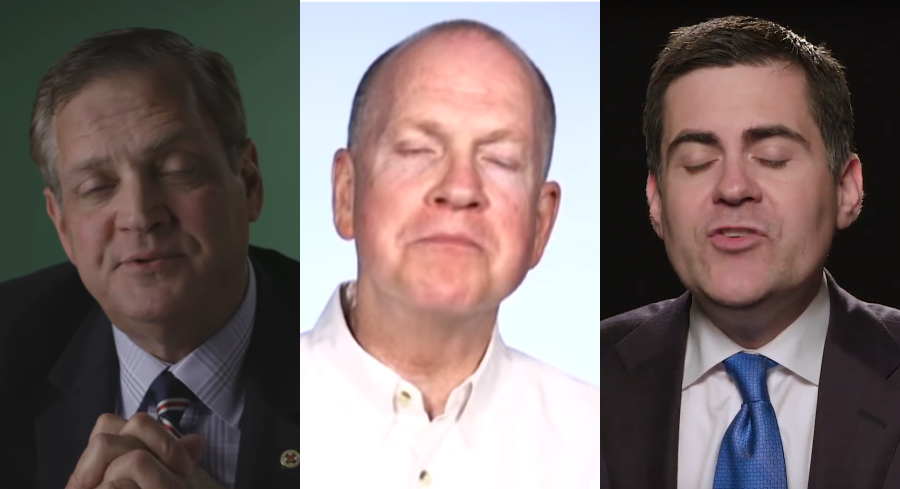 As the SBC Falls Apart Before Our Eyes, Denomination Leaders Asleep

The Southern Baptist Convention (SBC) is no doubt in serious trouble. Faced with the onslaught of social justice, feminism, LGBT-inclusion, and other aberrant teachings and practices, the SBC is no longer a bastion of conservative and sound doctrine, but a hotbed of liberalism, Democrat politics, and a growing source for anti-Christian theology.

Over the last two years, the social justice movement — namely, “racial reconciliation” — has been the dominant theme in Evangelical circles. The movement has subversively shifted the practical function of the Church from a gospel mission to a focus on relieving temporal sufferings using any means necessary to effect change in our culture — even if it opposes sound biblical orthodoxy. Following the social justice movement has been the onslaught of gay-affirmation — particularly in the Southern Baptist Convention — as homosexuals have led the conversation on what the Church’s role is in LGBT-inclusion, family, and marriage. Completely redefining family, the SBC Ethics and Religious Liberty Commission (ERLC) has used a homosexual Anglican priest to slowly “soften the tone” on the Church’s position on homosexuality.

Now, the latest craze in SBC circles is the move toward Egalitarianism. Egalitarianism is an unbiblical teaching that denies biblical gender roles — namely for women — and teaches that women can not only hold the same offices and perform the same functions as men in the Church and home, but that in many cases, it is better for them to do so.

Leading this movement is the notorious female preacher, Beth Moore. As Beth Moore mock’s God’s commands to remain silent in the Church, submitting to and learning from her husband, SBC leaders like Al Mohler and Russell Moore have been silent — other notable SBC leaders have been passionately applauding Beth Moore as she continues to shake her fist at the Word of God and dare God to hold her accountable.

Beth Moore has launched a social media tirade against biblical doctrine, asserting that anyone who actually believes what the Bible has to say about gender roles is a Pharisee. In the following exchange between Moore, Mike Cosper, and notable worship leader, Travis Cottrell, you can see all of them practically lift their middle finger to biblical orthodoxy and affirm her in her rebellion.

Now, any sensible person — even a somewhat sane Egalitarian — can see right through this nonsense — it need not even be pointed out that the argument is fallacious. To suggest that those who hold to biblical orthodoxy are “insecure,” as Mike Cosper (he’s a piece of work himself) puts it is asinine. The historic Church has held to this biblical position since its inception.

And Beth Moore, in her usual fashion completely twists the Scripture and displays a profound lack of biblical comprehension as she suggests that those who hold the complementarian position must also affirm women wearing head coverings and disallow jewelry.

The bigger issue here, however, is not that false teachers teach falsely — it’s that false teachers are allowed to infect the Church while those who are supposed to be the defenders of the Church remain silent. Where are the leaders? There are a notable few, mostly related to the small Founders Ministry who have been vocal, but these leaders are the minority. The seminary presidents and denominational leaders have not said a word about Beth Moore’s tirade against historic, biblical Christianity — and that speaks volumes about the state of the denomination.