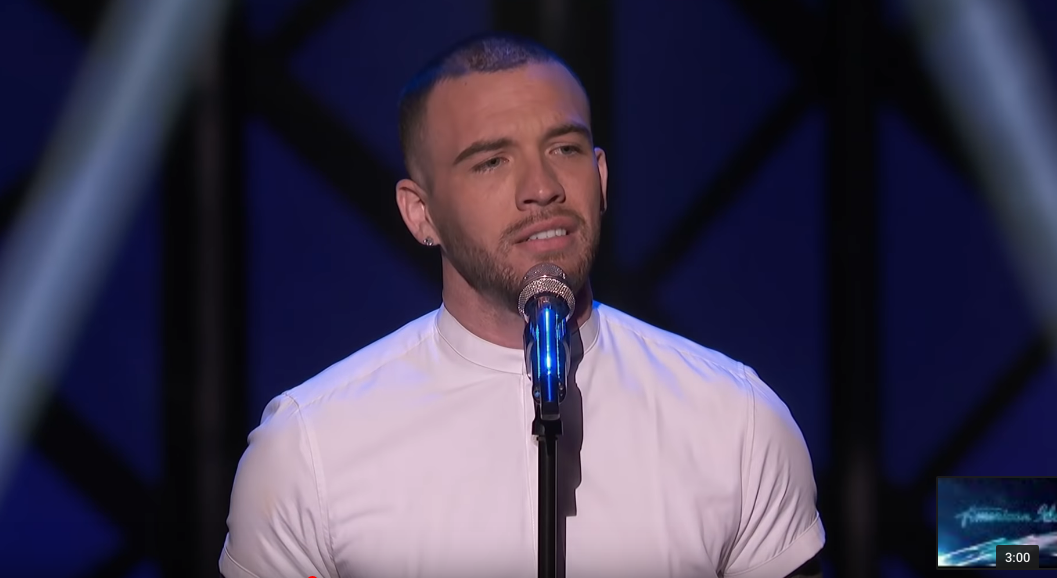 There’s a lot wrong here, so it’s hard to know where exactly to begin. Besides the fact that being an openly gay worship leader is oxymoronic — there is no such thing as “gay Christianity” therefore, a homosexual cannot lead worship — Charisma Magazine, known for its lack of theological acuity, is now publicly promoting a homosexual for singing a Lauren Daigle song on American Idol.

You may remember a while back when Reformation Charlotte reported on CCM artist, Lauren Daigle’s appearance on WAY-FM where she was unable to conjure up a position on whether or not homosexuality is a sin. Daigle had already been under fire for appearing on the lesbian, Ellen DeGeneres show where she performed the debut of her song, Still Rolling Stones. Soon after, Daigle admitted that she no longer saw herself as a Christian artist.

Daigle’s flop on homosexuality has given tacit approval to a number of sexual deviants in the celebrity Christian industrial complex, including one man, Ryan Hammond, son of Celebration Center pastor Mark Hammond. Hammond was recently eliminated on the popular show, American Idol, where he performed (in a very effeminate voice) Lauren Daigle’s You Say.

Ryan Hammond, son of Celebration Center pastor Mark Hammond, was eliminated Monday night from American Idol during the cutdowns from the Top 20 to Top 14. Hammond served as a worship leader at Soul Harvest Worship Center, a Spirit-filled church in Modesto, California. That background was on display last Monday night as he performed Lauren Daigle’s hit song “You Say” for America and the judges. Hammond is also openly gay, and he dedicated one of his earlier songs in the competition to his boyfriend. Watch the video here to see his full performance of “You Say.”

Let’s just be clear — a church with a homosexual worship leader is anything but Spirit-filled. At least, it is not Holy Spirit-filled, though it may be filled with demonic spirits. Yet, Charisma Magazine is able to look past this “minor mishap” and see the bigger picture.

Join our ad-free Substack community to read and post comments...
- Advertisement -
Previous article
Kenneth Copeland Named In Top 100 Most Reputable People in the World
Next article
Pastor: “God Is In Control is the Dumbest Doctrine I’ve Ever Heard in My Life”