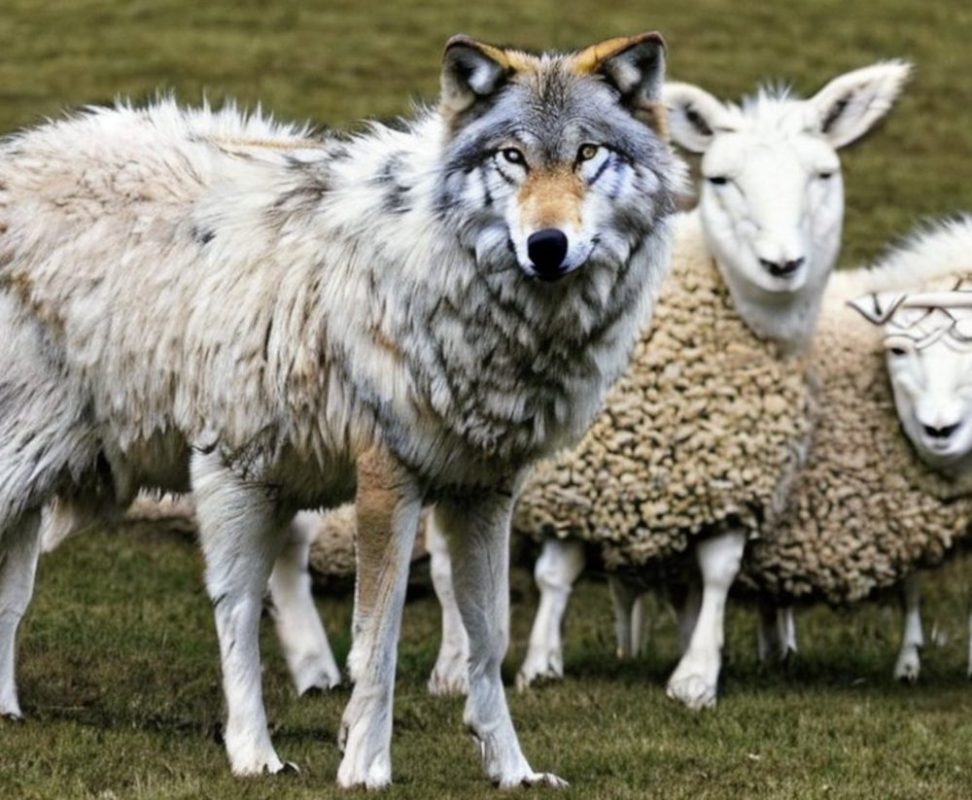 As we find ourselves in the tumultuous and uncertain times of the church age, it is of utmost importance that we exercise discernment in discerning the truth of scripture from the plethora of falsehoods that seek to assail our faith. The great theologian and pastor Charles Spurgeon once stated, “Discernment is not knowing the difference between right and wrong, but rather knowing the difference between right and almost right.” In light of this, it is crucial that we are able to identify the traits of false teachers, who, through their deceit and greed, seek to exploit and deceive the faithful for their own gain.

The deceitful nature of false teachers is a fundamental trait that sets them apart from true bondservants of Christ. As it is written in 2 Corinthians 11:13, “For such men are false apostles, deceitful workmen, disguising themselves as apostles of Christ.” These individuals, through their cunning and guile, seek to conceal their true intentions, disguising themselves as genuine servants of Christ in order to gain the trust and confidence of the unsuspecting faithful.

The apostle Paul, in his letter to the Corinthians, was keenly aware of the presence of such deceivers within the early church, and thus, sought to warn the faithful of their deceitful ways. These false apostles, who masqueraded as true servants of Christ, sought to corrupt the doctrine of the church, and lead the faithful astray.

While they are often described in Scripture as “wolves in sheep’s clothing,” their deceitful nature is not limited to their outward appearance but extends to their teachings and methods as well. These false teachers, through their cleverly crafted rhetoric, seek to twist and distort the truth of scripture, leading even the elect, if that were possible (Matthew 24:24), to embrace false doctrines, and ultimately, stray from the path of righteousness.

Furthermore, the deceitful nature of false teachers is not limited to their actions within the church but extends to their interactions with the faithful outside the church as well. These individuals, through their charm and charisma, seek to lure in unsuspecting people, often promising them wealth, power, good health, and prosperity, in exchange for their loyalty and devotion.

The insatiable appetite for carnal and material wealth and prosperity is another defining trait of false teachers, as evidenced by the warning given in 2 Peter 2:1-3, “But false prophets also arose among the people, just as there will be false teachers among you, who will secretly bring in destructive heresies, even denying the Master who bought them, bringing upon themselves swift destruction. And many will follow their sensuality, and because of them the way of truth will be blasphemed. And in their greed they will exploit you with false words.” These individuals, driven by their own avarice, seek to manipulate and exploit the faithful through their false teachings, using “feigned words” to make merchandise of the unsuspecting.

The apostle Peter, in his letter, warns the followers of Christ about the dangers of following such wicked men and women, who, through their greed, seek to lead them astray from the narrow path. These false teachers, driven by their own desires for wealth and power, will exploit their followers for their own gain, using false teachings and empty promises to manipulate and control their followers.

Their lust for worldly and selfish gain is not limited to just money but also extends to the pursuit of power, prestige, and influence as well. These false teachers, in their quest for power, seek to control and manipulate those who profess Christ by using their influence to gain control over the affairs of the Church, ultimately leading many astray from the true gospel. Additionally, they often encourage their followers to engage in unethical and immoral practices in the pursuit of these worldly desires, not only causing harm to these people but also harming the witness of the Church.

Thirdly, false teachers are usually very worldly-minded. As it is written in 1 John 4:5, “They are of the world; therefore they speak of the world, and the world listens to them.” These false prophets, with their minds set on the desires and lusts of the flesh, are unable to speak of the things of God with any authority or conviction.

The apostle John, in his letter, seeks to warn us of the dangers of such carnal men, who, through their worldly-mindedness, are focused more on their own possessions and prosperity than anything else. These false teachers, being of the world, are unable to understand or speak of the things of God, and instead, seem to have an unappeasable fear of the world and try to battle it primarily through political or social action. For these men and women, living in a world that is contrary to their own ideals is frightening and it consumes their souls.

Further, these false teachers often indulge in the pleasures and excesses of the world and promote a lifestyle of excess and indulgence, which is in direct contrast to the teachings of scripture, which calls for a life of humility, sacrifice and self-control. They will often compromise their own stated beliefs and teachings in order to gain acceptance and favor in the eyes of the world, rather than standing firm in the truth of scripture and lead their followers to do the same.

Fourthly, false teachers are not truly saved individuals, but rather, have gone out from the faithful, revealing that they were never truly of us. As it is written in 1 John 2:19, “They went out from us, but they were not of us; for if they had been of us, they would have continued with us. But they went out, that it might become plain that they all are not of us.” This one may not always be obvious right away, but often, these men will teach and preach for years pretending to be devoted followers of Christ committed to the word, but suddenly, apostatizing, renouncing their faith, or, as we’ll see in the final point, outright rejecting sound, biblical doctrine.

Lastly, and most importantly, false teachers will ultimately end up rejecting sound doctrine. As it is written in 2 Timothy 4:3, “For the time is coming when people will not endure sound teaching, but having itching ears they will accumulate for themselves teachers to suit their own passions.” These individuals, driven by their own desires and passions, reject the sound teachings of the scripture, and instead, seek to accumulate for themselves teachers who will appease their itching ears.

Even if they started off seemingly solid, eventually, a man or woman who is not led by the spirit, when faced with the Scriptures, will be repulsed by the truth. Romans 8:7 makes this clear, “ For the mind that is set on the flesh is hostile to God, for it does not submit to God’s law; indeed, it cannot. ”

As believers and followers of Christ, it is our solemn duty to exercise discernment in identifying and resisting the false teachings of false teachers, who through their deceit, greed, worldly-mindedness, lack of true salvation, and rejection of sound doctrine, seek to lead the faithful astray. I hope that this helps you in your daily walk as you seek to grow in your relationship with Christ. He has many enemies that want to destroy Him, which is impossible. But His enemies will settle for your destruction and the best way to prepare for battle against them is to be armed with the knowledge of His truth.

Join our ad-free Substack community to read and post comments...
- Advertisement -
Previous article
Ukraine Presents Itself as Michael the Archangel Battling Satan at Miss Universe Contest in New Orleans
Next article
Twisted Scripture: The Growing Trend of Re-interpreting the Scriptures to Justify Our Own Passions