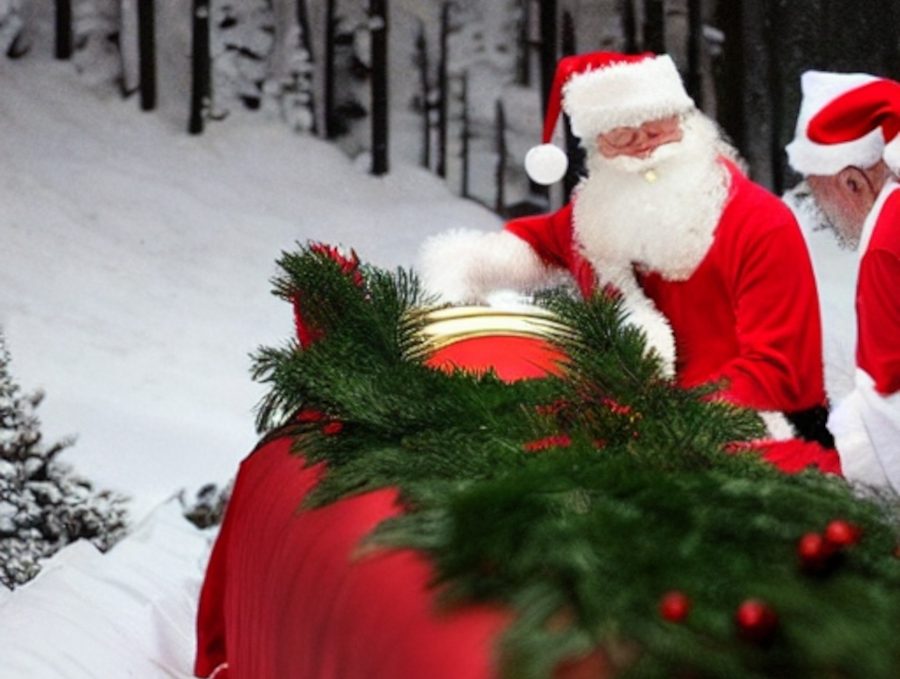 This Christmas, Let the Dead Bury the Dead. We Have a Risen Savior to Worship

The birth of Christ is the most significant event in human history and is celebrated by millions of people around the world every year. While the holiday has been largely reduced to a commercialized form of idolatry revolving not around Christ, but materialism—which is exemplified in an idol named Santa—for the bible-believing Christian who takes the Word of God seriously, the true meaning of the birth of Christ is rooted in God’s redemptive plan for humanity.

According to Scripture, God created human beings in his own image, with the intention that they would live in perfect harmony with him and each other. However, the first humans, Adam and Eve, chose to sin and rebel against God, breaking the relationship of perfect harmony and introducing sin and death into the world (Romans 5:12). As a result, all of humanity inherited a sinful nature and became separated from God.

Despite this separation, God did not abandon his creation. Instead, his plan from the beginning was to redeem and restore humanity to a right relationship with him. Throughout the Old Testament, God made promises to his people about a coming savior who would one day bring about redemption and reconciliation. And while we see that promise as early as Genesis 3:15, known as the protoevangelium, where God tells the serpent “I will put enmity between you and the woman, and between your offspring and hers; he will crush your head, and you will strike his heel,” the most well-known and straightforward promise of the coming Messiah is laid out in great detail in Isaiah 53.

In Isaiah 53, we see God speaking through the prophet explaining that the coming savior was “pierced for our transgressions” and “crushed for our iniquities. It was, according to the prophet, the will of God to crush his son on our behalf in order that he will “make many to be accounted righteous.”

This promise from God to provide a substitute on the behalf of his people to bear the punishment that we as sinners deserved is the gospel—and it was written hundreds of years before Jesus was born, taking on flesh, and was fully human, yet also fully God, being the second person of the Trinity.

The significance of Jesus’ birth lies in the fact that it was the beginning of the fulfillment of God’s redemptive plan. As a human, Jesus lived a perfect and sinless life, offering himself as a sacrifice for the sins of his people. Through his death and resurrection, Jesus conquered sin and death and reconciled those who would repent and believe in him to God.

The birth of Christ is therefore a celebration of the incredible love and grace of God, who sent his Son to redeem and restore us to a right relationship with him. It is a reminder that, through faith in Jesus Christ, we are forgiven of our sins and receive eternal life.

For Christians, the birth of Christ is also a celebration of the sovereignty of God. God’s redemptive plan was not something that happened by chance but was the result of his sovereign will and purpose. It is a reminder that, even in the midst of sin and brokenness, God is in control and is working out his plan for the world.

In Matthew 8:22, Jesus tells the man who wants to follow him, but first needs to go bury his father, “Let the dead bury the dead.” This statement has consistently been understood as Jesus instructing the man to prioritize his relationship with God above anything else, including his duties to his family.

This is a powerful reminder of the importance of prioritizing our relationship with God above all else and the need for radical commitment to following Jesus. For those who are lukewarm in their relationship with Christ, God said that he would ultimately vomit them from His presence (Revelation 3:16) because he finds faux Christianity to be such a disgusting taste in his mouth.

So while Pagans are going to defile the name of Jesus, pretend like they don’t really believe in him, but yet, celebrate the Christmas holiday with materialism and greed, understand that the sovereign Lord Jesus Christ does not look down upon humanity and rejoice in what Christmas has become. Our priorities are the worship and recognition of the God who died for us, the God who loves us, and the God who extended unmerited grace to his children. Why would we want to replace him with anything else?

Join our ad-free Substack community to read and post comments...
- Advertisement -
Previous article
Santa Has Become Such an Idol That Even Pakistani Children Are Singing His Praises in Church
Next article
Tulsa Megachurch Puts on Lavish Display of Sexualized Idolatry of Mary for Christmas Production