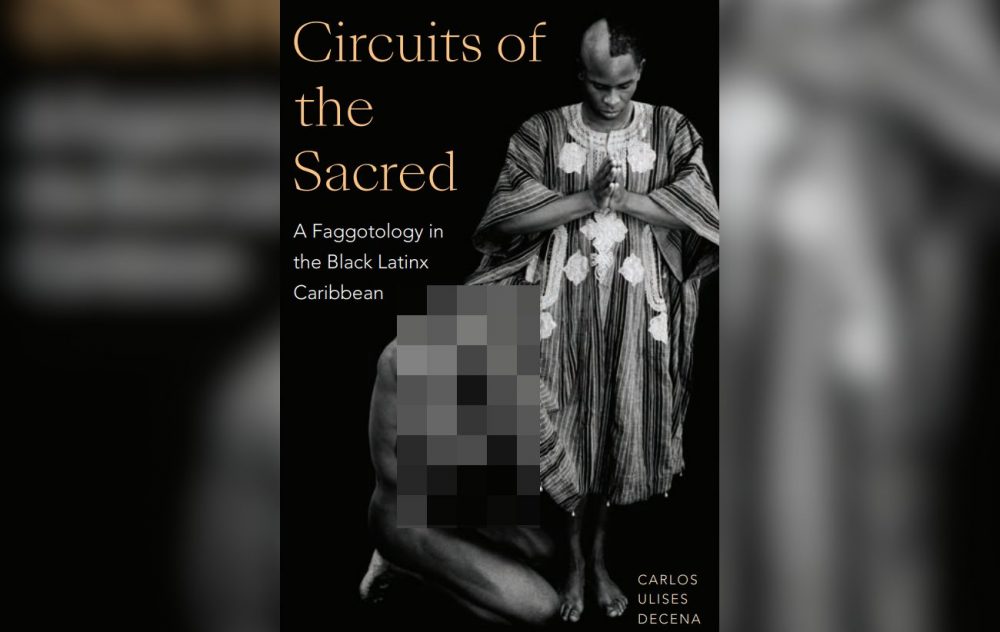 Duke University, which was founded by Methodists in 1838 back when that apostate denomination used to somewhat resemble Christianity, has abandoned Christianity altogether for the modern cult of wokeness. Duke University is now one of the leading progenitors of the woke movement and embeds the modern cultural zeitgeist into every aspect of its program from medicine to religion. It is unrecognizable as anything remotely resembling its roots.

Today, it was discovered that the school has reached a new low with its famous publishing outfit, Duke University Press, set to publish a book exploring and praising the “faggotology” of queer Black and “Latinx” (such a dumb word) people in the Caribbean.

But that’s not all. This book received glowing accolades from one author, Roberto Strongman, who wrote a book called Queering Black Atlantic Religions. Strongman said about Duke’s new book that its “vulnerability and nakedness lay bare highly personal material that will endear the book to people of color, immigrants, and queer people. Not since the publication of Gloria Anzaldúa and Cherríe Moraga’s This Bridge Called My Back have I read a queer narrative that has broken through established genre conventions with such boldness.”

But this book isn’t praiseworthy—it’s disgusting and isn’t even worth the toilet paper it will be printed on. After reading an introduction to this book I was made aware of, I wanted to vomit. And then, I didn’t want to disrespect my vomit by cleaning it up with the paper this garbage was printed on.

In the introduction, it goes to great lengths to detail the sick and twisted sexual fantasies of sexually aberrant people. It depicts disgusting sex acts in great detail—far too disgusting to repeat and I will not subject my readers to it. If you want to know what it says, go look for yourself. We’re talking page after page of disgusting, graphic sex acts. But don’t worry, according to the introduction, “Thinking and feeling like a flaming faggot is intellectually, politically, and spiritually productive.” Yes, it actually says that.

The publication is clearly aimed at the destruction of Christianity and conservative values. The author appears to be self-motivated in increasing public tolerance for lewd and disgusting aberrant sexualities. The author at one point praises Aisha Beliso-De Jesus, a Berkeley-trained anthropologist whose entire career revolves around promoting abnormal sexual behaviors and anti-White sentiment, stating that she “embeds her discussion of the political dimensions of gender and queer dissent in houses of worship within a critique of the operations of patriarchy and heteronormativity within Santería.”

Why in the world would a “Christian” university publish such tripe? A better question might be: why would a university that publishes such tripe claim the name of Christ? These people are sick and they are dedicated to destroying you, your children, and the future of mankind. What they’re after is sexual anarchy for personal gain. They want an animalistic society where all social norms are decried and there is no accountability for their perverted actions. These people feed like maggots off sexual gratification.

So, perhaps the best question is: why would any decent parent want to send their children off to this school to be indoctrinated in what’s being released in page after page of this sick, filthy, and disgusting book? You can rest assured that this is only the beginning.