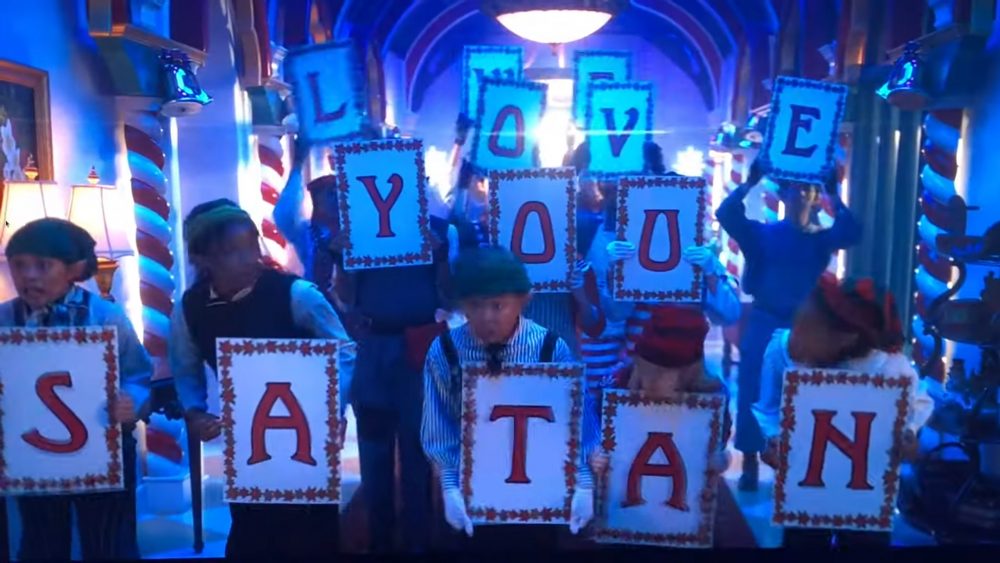 In Disney’s new Christmas mini-series, The Clauses, the network depicts children dancing with letters that are supposedly supposed to spell out “we love you Santa,” but the kids “accidentally” got mixed up and spelled “Satan” instead.

You may think it’s just a funny joke but think long and hard about what the long-term damage of such things is to young, impressionable minds. Honestly, this is exactly what makes it so difficult for some people not to look at the entire drama surrounding Christmas and just want to avoid it altogether.

To be clear, the Apostle Paul said in Colossians 2 that the observance of holidays is a matter of conscience and that nobody should be judged for doing so as long as it is done to the glory of God—and I see nothing wrong with celebrating Christmas. That is, until it crosses over into the land of blasphemy.

Not that Santa Claus isn’t already an idol for many households as the entire notion of celebrating the birth of Chris has been completely abandoned. Santa Claus is the central figure of Christmas for even many families that claim to be Christians. But I digress. The fact that children are depicted in this Disney show is demonstrative of just how little these people actually care about your children. It’s all just a big joke to them and the idea that Christ should be honored above all is, to them, blasphemous to their pagan religion.

Honestly, it’s not a far stretch to suggest that “we love you Satan” is the logical end of the idolatry surrounding Christmas. We urge you, brothers and sisters, to keep the focus on Christ or there really is no point in doing it at all.

Join our ad-free Substack community to read and post comments...
- Advertisement -
Previous article
Pastor Hands Microphone Over to Drag Queen to Sing “Peace On Earth” to Church Filled With Children
Next article
The Gospel Coalition Author Says a True Biblical Sexual Ethic Must Include Solutions for Same-Sex Attracted Persons