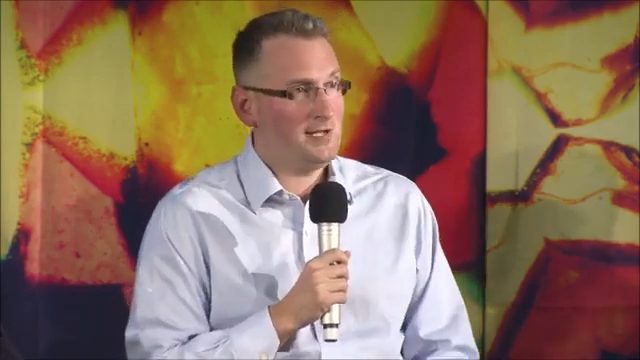 Today, the attack on biblical orthodoxy is not from the typical atheists, feminists, and homosexuals you would typically see at women’s marches and pride parades — it’s from various ministries within the ranks of the Church that are shifting the paradigm with gay propaganda masquerading as Christian thought. The subtle changes slowly introduced into mainstream Evangelicalism are hardly recognized and any objection to them is generally met with fierce opposition.

One of those infiltrators is Sam Allberry.

Allberry—an author for The Gospel Coalition who is also seeking the pastorate at Immanuel Nashville, a church where TGC contributor, Ray Ortlund pastors (and whose books are heavily promoted throughout the SBC)—appeared at the Reboot Conference and expressed his gratitude for gay pride because it allows him to be open about his sexuality. This is in opposition, Allberry says, to how it was when he was a teenager. During that time, he apparently could not be as open about his homosexuality as he is now.

Allberry is certainly open about his homosexuality, there is no doubt about that. Allberry describes himself as someone who has “sexual, romantic and deep-emotional attractions to people of the same sex.” While Allberry is insistent that he does not act — physically — on his sexual desires, he does deny that his desires could ever change. Allberry also says that he wears a wedding ring because Jesus is “pursuing” him.

In this clip, Allberry says:

One of the things we want to be saying is…in one sense, it’s so much better being around now than when I was a teenager. I am so glad that we now live in a culture where people can be open about their sexuality. And so, to my gay friends, part of the impetus behind gay pride is that we don’t have to hide anymore. And I want to affirm that.