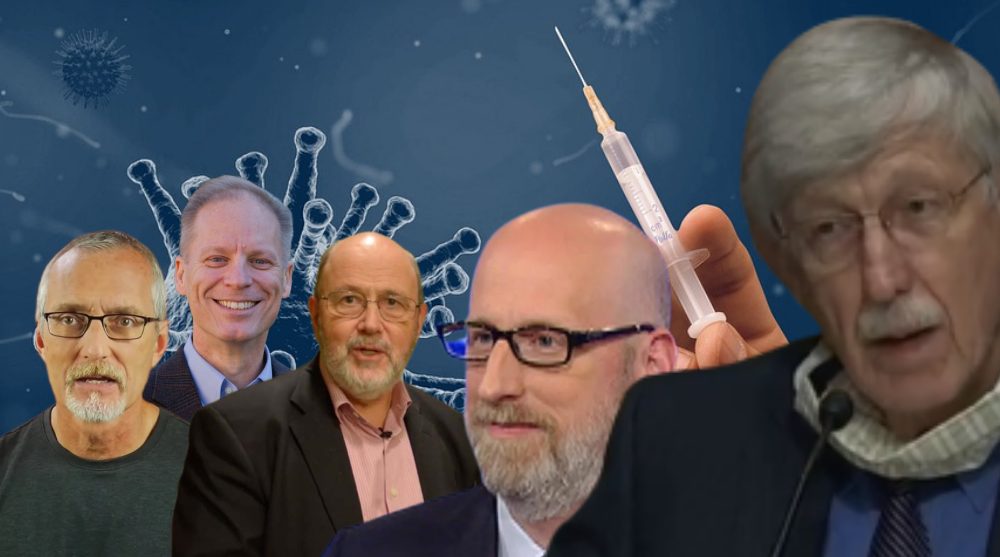 Biologos, the pro-evolution “science” wing of professing Christendom of which Tim Keller has been a major contributor over the years, has released a pro-vaccine statement with over 8 thousand signatures which include original signers like Southeastern Baptist Seminary professor, Ken Keathley.

The statement, titled Love Your Neighbor, Get the Shot: A Christian Statement on Science for Pandemic Times, acknowledges that “science” is often at odds with the Christian faith, and has been used for terrible purposes in the past, but promises that this time, it’s different. It reads:

It is appropriate for Christians to be skeptical of claims made by scientists who speak outside their area of expertise. We firmly reject claims that science has somehow shown God does not exist or faith is mere superstition. Such claims go beyond what science is capable of investigating. We lament the times when science and medicine have been misused to perpetrate atrocities like the racist Tuskegee experiments. But Christians should listen to scientists and doctors when they speak in their area of expertise, especially when millions of lives are at stake.

But that’s really not even the worst part. It’s already come to light in recent months that these vaccines are useless and have ultimately caused more harm than good. Evidence is mounting that these vaccines are the cause of unforeseen illnesses, heart issues, and other serious medical problems including autoimmune disorders. Yet, the people who signed this statement want us to believe that it is a miracle of science, and that Francis Collins is the number one Apostle.

God can do miracles of healing, but God also uses doctors and scientists to bring healing. Before Jonas Salk discovered his vaccine, polio killed 350,000 people a year, most of them children. Christians in the biomedical sciences, like Dr. Francis Collins, see their work as continuing the healing ministry of Jesus (Matthew 15:30). Pursuing medical treatment is not a sign of weak faith in God, but a grateful acceptance of God’s gifts.

Really? Francis Collins is continuing the healing ministry of Jesus? How patently and utterly absurd, ridiculous, and outright stupid. As we’ve reported before, Collins, the supposed bridge between Christians and The Science™, is practically everything a Christian is not. Not only does Collins support abortion, stating that God Himself would be okay with the use of aborted fetal cells in medicine, but he also spearheaded a pro-LGBTQ program within the NIH to celebrate Gay Pride Month. If Collins is doing anything, it isn’t furthering any ministry of Jesus.

Earlier this year, Tim Keller likened Collins to the Prophet Daniel, excusing his part in the godless pro-abortion, pro-LGBTQ, pro-animal torture projects that Collins oversaw as director of the NIH.

The statement goes on to call on Christians and the statement’s signers to “get vaccinated” because it’s the loving thing to do and then it promises to “correct misinformation” about vaccines. ”

Therefore, because of our faith in Jesus, we will,” the statement reads :

Correct misinformation and conspiracy theories when we encounter them in our social media and communities. Christians are called to love the truth; we should not be swayed by falsehoods (1 Corinthians 13:6). We will actively promote accurate scientific and public health information from trustworthy, consensus sources, and use this information when making decisions for our families, churches, schools, and workplaces.

As of today, the statement has over 8 thousand signatures and, more than likely, one of them could be your pastor.

Join our ad-free Substack community to read and post comments...
- Advertisement -
Previous article
Do Not Cheapen the Cross by Comparing It to Student Loan Forgiveness, That’s Blasphemous
Next article
Is the World Approaching Another Perfect Storm as in 1172 B.C.—the First Dark Age?