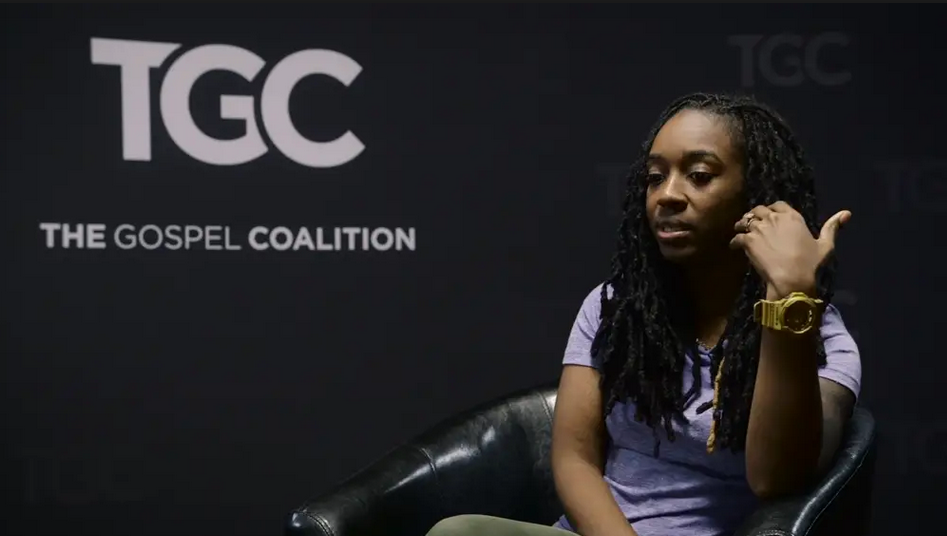 Jackie Hill Perry, who recently made headlines after claiming that “God primarily deals with her in dreams,” says that you don’t need “discernment bloggers” to teach you how to spot false teachings.

In 2018, Hill Perry was featured in a prominent and widely-viewed “discernment” film titled American Gospel, which turned the spotlight largely on the Word of Faith gospel that has infected the American Church. Unfortunately, while this film did feature a number of solid, biblically sound teachers, pastors, and church leaders, including men like Paul Washer, John MacArthur, and Voddie Baucham, sadly, it included a number of compromised church leaders as well, including John Piper and Matt Chandler.

Hill Perry has since completely turned her back on the film and completely embraced the “woke church” gospel and mixed it with the charlatanry of absurdly false prophets including those from Bethel Church. In other words, she has completely embraced every error and heresy the film that she was once featured in set out to expose.

In the wake of her total apostasy, several discerning church leaders and laypeople have been sounding the horn on Hill Perry, including The Dissenter (formerly Reformation Charlotte), Protestia, Michelle Lesley, and Justin Peters. Many more have been warning her as well, calling her to repent and believe the gospel, yet, she has dug her heels in and continued to separate herself from the true Bride of Christ.

Now, in her latest diatribe against the Church, particularly, against White Evangelicals, she just released a rap video contending that those people who “preach against CRT,” will have the lake waiting for us.