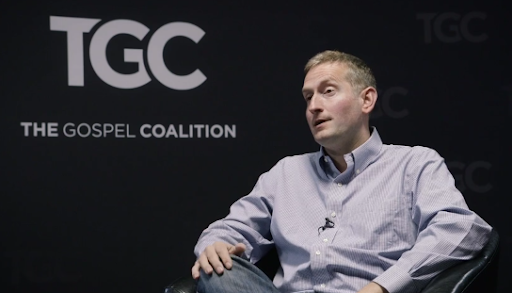 Today, the attack on biblical orthodoxy is not from the typical atheists, feminists, and homosexuals you would typically see at women’s marches and pride parades — it’s from various ministries within the ranks of the Church that are shifting the paradigm with gay propaganda masquerading as Christian thought. The subtle changes slowly introduced into mainstream Evangelicalism are hardly recognized and any objection to them is generally met with fierce opposition.

One of those infiltrators is Sam Allberry.

Sam Allberry, the gay Anglican priest who we’ve written about on multiple occasions, and a regular contributor to mainstream Evangelical outlets like The Gospel Coalition, the Southern Baptist Convention’s ERLC, and the late Ravi Zacharias’ RZIM ministry, is at it again.

In the video above, Allberry is heard lambasting conservatives who oppose gay marriage as “cranky conservatives” because they want to talk about “how it’s all wrong” while he gives glowing accolades to gay rights activists who are “presenting the case for it” calling them “lovely.”

Allberry and his gay Christian ministry, Living Out, has been at the forefront of mainstream Evangelicalism’s shifting of the Overton Window on how the Church views homosexuality. Allberry’s influence in the Southern Baptist Convention has led the ERLC to affirm “gender fluidity”—which it thankfully backed off of after outcry. At one point, the ERLC released an article that taught that gay men didn’t need to marry a woman because they can be intimate with each other so long as it stops short of bodily penetration—a theme that was oft-repeated at Allberry’s Living Out.