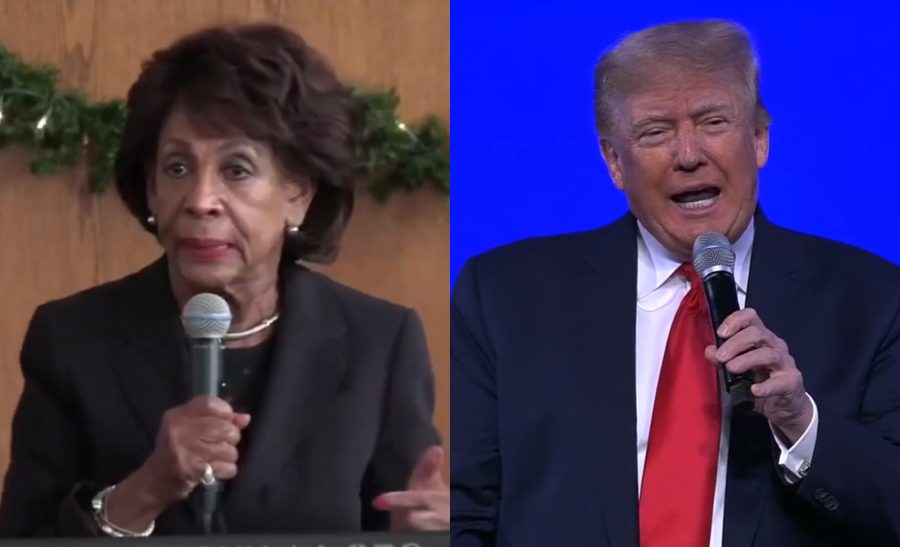 Woke Evangelicals around the nation are up-in-arms over Donald Trump’s preaching at Robert Jeffress’ Southern Baptist church in Dallas this past weekend. While the woke leftists are complaining that “politics don’t belong in the pulpit” — which they actually do, in the right context — none of them seem to be upset that Maxine Waters, a far-left pro-abortion Communist, and Black Lives Matter activist, preached a sermon shilling for Joe Biden’s failed “Build Back Better” legislation.

As I stated in a previous article, I do not agree with Jeffress on this. While I believe Donald Trump made a fantastic president, I do not believe he belongs in the pulpit. For one thing, I sincerely doubt he’s truly a born-again Christian based on some of his own statements. But more importantly, I believe that only a qualified pastor belongs in the pulpit to preach and lead worship.

But that doesn’t stop the Evangelical elitists like Jared C. Wilson from throwing out ignorant remarks like this:

As one of the primary “Baptists” who argued against Beth Moore’s new-found place in an Anglican church where she can finally demonstrate that she has no real theological convictions, it should also be noted that I was just as clear this time, and have been clear on many occasions, that Trump taking the pulpit at FBC Dallas is unbiblical. In fact, before I ever mentioned Beth Moore’s recent debacle, I tweeted this:

And, of course, I’ve written on the topic of right-wing politicians, including Trump, standing in the pulpit in the past. Just search the site. I’ve agreed with Jeffress on many of his conservative views and I disagree with him on this. However, at least Trump’s conservative views are more in line with a biblical worldview than any Democrat.

Of course, asking him if it’s blasphemous for Maxine Waters, a God-hating far-left lunatic, to take the pulpit at another church on the same day yields no response–which is typical.

Let’s be clear; these people don’t care if politicians take the pulpit. If they did, they would raise the same stink about Russell Moore inviting Hillary Clinton and Marco Rubio, a Roman Catholic, to address Southern Baptists at a missions conference as they did about inviting Mike Pence to speak at the SBC annual meeting. It isn’t about politics in the pulpit for them; it’s about what kind of politics. For these people–these social justice activists–it’s about advancing the cause of social justice. So long as they preach the right kind of politics, the right kind of activism, and advance the right kind of causes, their occupancy in the pulpit really just isn’t a problem.