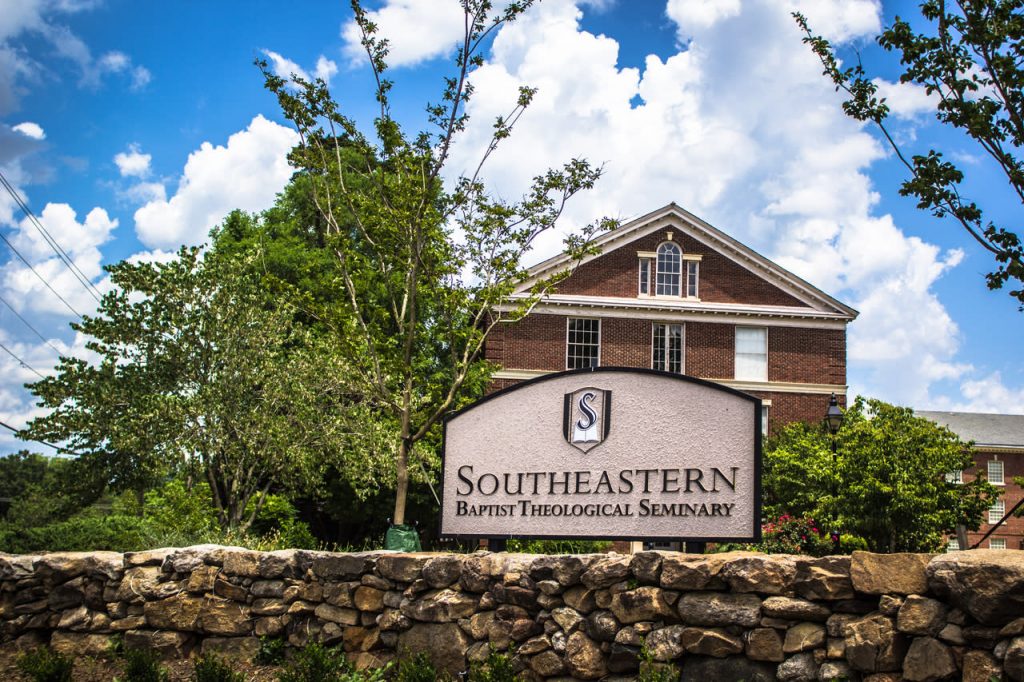 Danny Akin, the president of Southeastern Baptist Theological Seminary (SEBTS) — one of the most prestigious Southern Baptist Seminaries — appeared on a podcast version of the seminary’s chapel messages last year to defend the Southern Baptist Convention’s adoption of Resolution 9 in 2019. During the conversation, which you can watch in its entirety here, he defended the resolutions committee, which included one of his own professors, Walter Strickland, who was behind the push to adopt the resolution affirming the use of Critical Race Theory.

Matthew Mullins, another professor at SEBTS, is the Associate Professor of English and History of Ideas. In one of Mullins’ courses, which Reformation Charlotte has obtained the syllabus and coursework for, it is clear that Mullins is teaching and advancing the ideas of Critical Race Theory, including Whiteness and White Privilege. Below is a partial shot of the syllabus which includes instructions for the class to watch the film, The Invention of Whiteness.

The Invention of Whiteness is a clip from the movie, Changing of the Gods. The clip features John A. Powell, Director of the Haas Institute for a Fair and Inclusive Society, explaining how “whiteness” was invented as a means to perpetually control other ethnicities indefinitely. Below are two screenshots from the clip. (Full Video)

The entire notion of “Whiteness” and “white privilege” are secular Marxist ideas that are not only unproven but completely unfounded. Also obtained by Reformation Charlotte is a coursework packet for this course, which includes several readings along the same lines. The readings include books, letters, memoirs, etc. that are all mostly designed to make one feel guilty for American superiority and her conquest over the land in America. Further, the readings ordered in such a way as to perpetuate the guilt of slavery to white people today and paint “whiteness” as the root of all social ills in society today.

To be clear, I’m not arguing that the historical works cited and studied in this course are somehow untrue or invalid. In fact, the vast majority of it is good, historical work. The issue is what the course is attempting to do with these works. And it’s clear from the course syllabus that the professor is attempting to advance the Marxist ideas of “whiteness” and “White privilege,” which is classic Critical Race Theory.