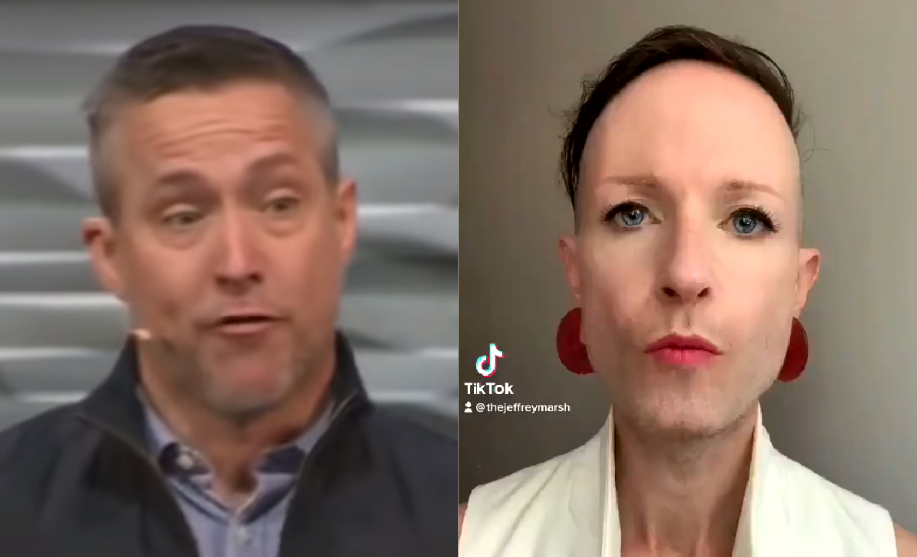 This is Where the “Transgender” Ideologues are Demanding We All Go, And They Think They’re Winning

While this world is quickly approaching a state of depravity not known in modern history–and it’s becoming increasingly clear that the world not only tolerates but loves it–few of us remaining have a clear understanding of the real problem. The problem isn’t political–though politics are an issue. But the political climate is merely a reflection of the state of mind and heart that the majority of the people in the world are enslaved to.

For the mind that is set on the flesh is hostile to God, for it does not submit to God’s law; indeed, it cannot. Those who are in the flesh cannot please God. –Romans 8:7-8

A mind that is set on the flesh doesn’t just infect what we Christians would view as the Pagan world–it has largely infected the visible Church. With pastors–like JD Greear of Summit Church, former Southern Baptist president who said the Bible only whispers about homosexuality and called on Christians to stand up for LGBT rights–and various other Christian leaders in the nation pushing the Church toward Sodom, it’s not hard to understand why life is becoming increasingly difficult for true, Bible-believing Christians in America.

We have to understand that the illusion of defeat is a lie; Jesus Christ has already won at the cross. While we may suffer for a time along with Christ, we will ultimately be glorified with him (Romans 8:17). Christ will not be defeated by some crazy transgender ideologues, far-left vaccine-pushers, teachers’ unions pushing Critical Race Theory in public schools, or any deep-state running the governments around the world.

Christ will crush them all and bring them to their knees.

In the meantime, though, we need to be awake, sober-minded, and aware of what is taking place. Below is one of the clearest examples of where these wicked people want us to go and what our supposed church leaders are urging us to embrace.