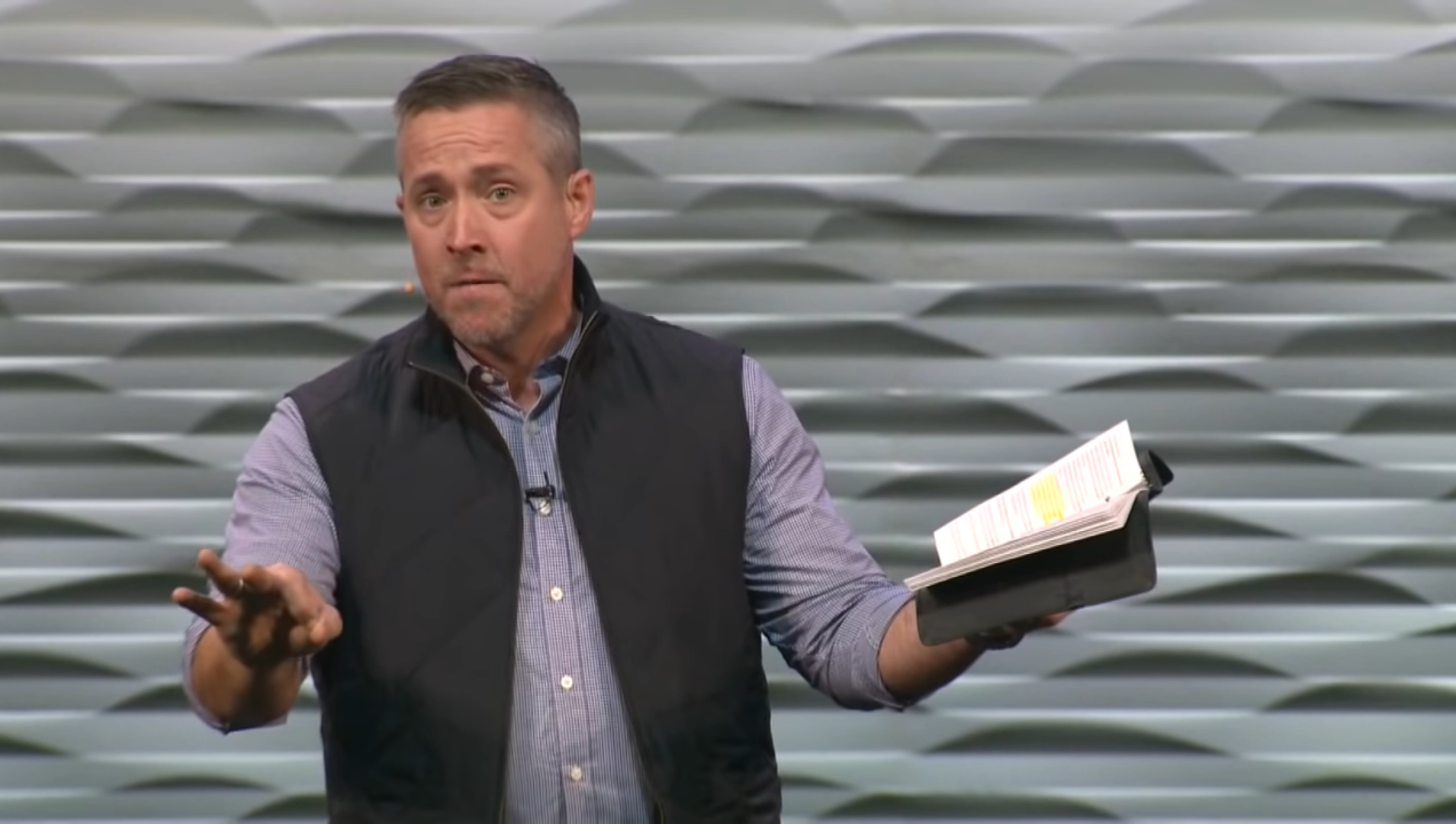 SBC Prez Calls on Christians to Stand Up for LGBT Rights

The current Southern Baptist President, J.D. Greear, is proving himself to be unfit for the position he holds in America’s largest Protestant denomination. Over the last few years, the SBC has taken a sharp turn toward political as well as theological liberalism while pushing a social justice agenda.

Reformation Charlotte reported earlier today that Greear, during an eisegesis of Romans 1, compared homosexuality to “greed” and “boasting,” even stating that most of these sins are “more egregious in the eyes of God” than homosexuality.

Of course, this is foolish, as homosexuality is the one sin that caused God to wipe two cities off the face of the earth. It is, according to the text he clumsily referenced, the sin that God gives people over to because of their other sins. It is actually the wrath and judgment of God being poured out on a people to be given over to depraved minds and dishonorable passions.

It has now come to light that not only has Greear misrepresented the Scriptures regarding the sin of homosexuality, he has also called on Christians to stand up for the rights of LGBT people.

Just what kind of “rights” is he referring to? Of course, all citizens of this country are entitled to the same rights afforded us in the Constitution, and we are all afforded certain God-given, unalienable rights. But no Christians–like literally, none–are actually advocating for the loss of these rights among LGBT people.

The “rights” that LGBT people are fighting for are, for example, the right to use the public restroom of whatever gender they choose to identify as on any given day. Rights such the right to get married and practice sodomy in the apartment next door. The right to get married in your conservative church. The right to be fully embraced as an active, affirmed, and participating member of your church. And the right to propagandize you and your children with their vile affections that God has given them over to in order to become a normalized accepted community of unrepentant sinners that can now band together and deaden their conscience against their sin that they commit against a holy and righteous God–and to do so freely without conviction.

Is this what you really want, JD?

Join our ad-free Substack community to read and post comments...
- Advertisement -
Previous article
A Call To Men: Lead In Discernment
Next article
Matt Maher is Not Saved, Stop Singing His Music in Church