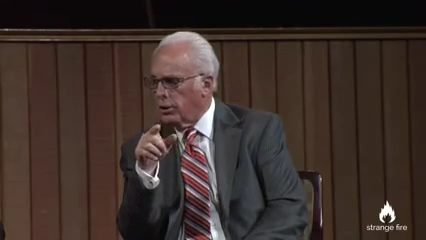 Ed Litton, the Southern Baptist president who has been caught up in a plagiarism scandal that was exposed shortly after his election in June but dates as far back as 2013, has admitted that he sometimes does not study to prepare his own sermons at all but just preaches what his “preaching team” prepares.

Litton took heat a while back when a video surfaced of him admitting that he “used to lie” about sermon preparation and that he used to tell people he spent far more time on it than he actually did. Litton has already openly admitted to using a sermon prep team, but until now, in a recently surfaced audio clip, he would have had us believe that he always at least had a hand in that sermon prep.

Reformation Charlotte, Capstone Report, Protestia, Founders, and several other blogs along with various outspoken godly Christians on social media including Tom Buck, Gabe Hughes, and James White, and many others, have been repeatedly sounding the alarm on the newly-elected Southern Baptist president’s qualifications as both an elder and a leader of the denomination in the midst of his serial plagiarism scandal.

Now, John MacArthur joins the chorus and, obviously in reference to Ed Litton, John MacArthur says that a man who doesn’t prepare his own sermons–the way Litton did not–is incompetent, lazy, and a fraud only acting a part.