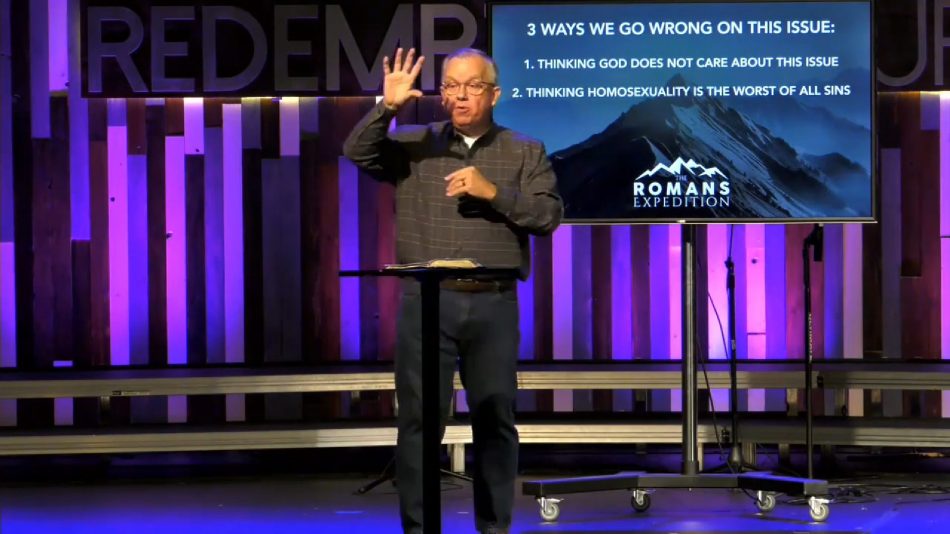 SBC President Brags, Laughs About How He Lies to People About Sermon Prep Time

The newly-elected Southern Baptist president, Ed Litton, has made quite the stir as he has taken the top leadership role in the denomination after defeating three other nominees, including the highly-esteemed Al Mohler. The repeated mantra at the Southern Baptist Convention was that “the world is watching.” For Litton, this meant that the world is watching how the denomination handles unity.

However, what it’s actually morphed into at this point, now that he’s been elected, is that the world is watching how the denomination is going to handle Ed Litton’s blatant and repeated plagiarism and sermon prep scandals. Since Reformation Charlotte broke the news that Litton had plagiarized his predecessor’s awful sermon, several major news media outlets have picked up the story as the saga has continued to grow amid a grassroots investigation into Litton’s theology and history.

Since the story broke, Litton has removed over 100 sermons from his church’s YouTube page and issued a statement acknowledging and excusing the intellectual theft.

Another video has surfaced, however, demonstrating that Ed Litton has never really taken sermon prep seriously as he laughs and jokes about how he used to lie to people about how much effort he actually put into his sermon prep. Incidentally, it doesn’t take much time at all to plagiarize someone and change a few of the minor details.

Join our ad-free Substack community to read and post comments...
- Advertisement -
Previous article
Justin Peters Exposes That Ed Litton Plagiarizes Another Sermon as Recently as This Past Sunday
Next article
Ed Litton’s Sermongate Scandal Continues: Now, Romans 8 Has Been Plagiarized