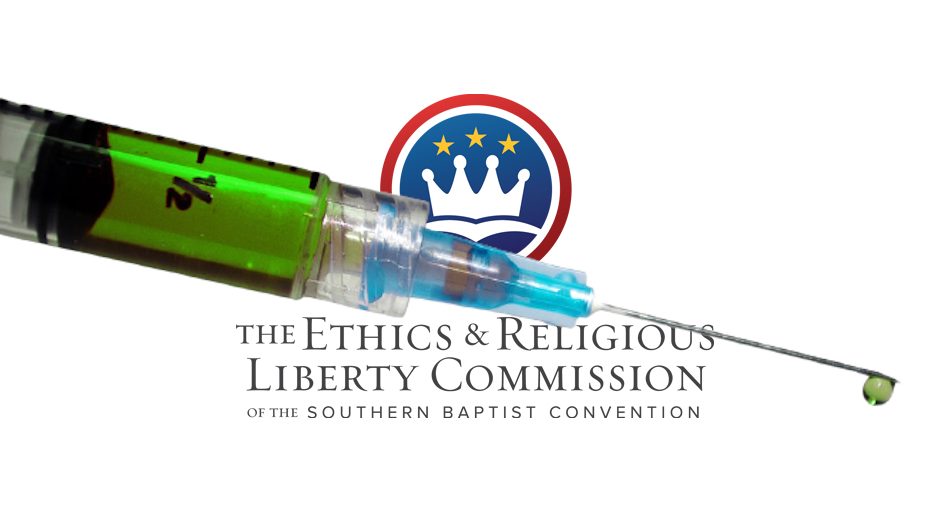 The Southern Baptist Convention’s Ethics and Religious Liberty Commission (ERLC) lost its Emporer, Russell Moore, a few months ago amid growing backlash to his leftist agenda and coziness with the anti-Christian propaganda outlets. The ERLC, a sort of Evangelical “Pravda” in its own rights, has been the spearhead of the Southern Baptist Convention’s drift away from solid biblical theology and toward an amalgamation of Pagan culture and Christian-themed social teaching.

Russell Moore spent his entire career at the ERLC attacking conservative Christianity and building bridges with God-haters while ushering in a new form of spiritual secularism–that is, secular doctrines with a spiritual twist on them.

If anyone could make it happen, it would have been former Democrat staffer and former Dean of Theology at Southern Baptist Theological Seminary–hand-picked by Al Mohler–Russell Moore. Whether it be Moore’s breaking bread with the gay community, his softening tone on homosexuality, referring to Jesus as an “illegal alien,” promotion and teaching of inherent “white guilt” by sole virtue of skin color, yoking with Democrat and socialist groups, serving as an editor for a Catholic magazine, coddling the transgender community, partnering with animal rights groups and referring to animal rights as a “gospel issue,” fighting for the right to build an Islamic mosque, accepting donations from billionaire leftists like George Soros to advance open-borders and amnesty, publishing articles claiming that the Bible affirms gender fluidity, or making the absolutely asinine claim that Western culture is demonic, one thing is for certain, Russell Moore‘s agenda wasn’t just social justice, but overtly progressive; Russell Moore was always just a leftist acting like a leftist.

Now that Moore is gone, however, the legacy he left behind at the ERLC continues to thrive. While many of its “other” leaders have also jumped ship since Moore’s departure, including Josh Wester–a far-left advocate of “anti-hair discrimination in the workplace” legislation–as well as its interim president following Moore, Dan Patterson, nobody really seems to know what the fate of the ERLC actually is these days.

Hopefully, it will be hauled to the scrap yard and any assets sold and returned to the faithful tithers who’ve funded this junk organization for years. But time will tell.

In the meantime, the leftist propaganda continues as the ERLC has now enlisted two anti-religious freedom twits, Ashli and Matthew Arbo, to argue against religious exemptions for vaccine mandates for Christians. Arguing that most Christians who don’t want to be injected with an experimental–possibly toxic–concoction–funded by an already untrustworthy government who is now forcing people to choose between taking the vaccine and keeping their livelihoods–are probably not valid religious reasons. In the article, How should Christians think about religious exemptions for vaccination?, the Arbos argue:

In our experience, the reasons appealed to by some evangelicals for refusing vaccinations are not, strictly speaking, religious, but personal, philosophical, or political. This includes objections that invoke religious beliefs in general terms, but upon further scrutiny, appeal to other factors. Some may, for example, express concerns about infertility, or the lack of longitudinal studies, or that their employer has simply violated their rights. But none of these reasons are overtly related with the individual’s religious beliefs.

They then go on to argue that most likely, cults like the Jehovah’s witnesses or the Amish probably stand the greatest chance of being granted a religious exemption because these things are written into their confessions. They then go on to cite the far-left NBC news propaganda outlet to back their assertion that a religious exemption based on the grounds of not wanting to harm your own body is unfounded and should be rejected.

A relevant ethical question, drawn from scriptural teaching of the value of our bodies and treating them rightly, is whether vaccines harm the body. At present, there is little to no evidence that they do. Instead, data suggests that refusing vaccination risks severe illness and possibly death. At present, the unvaccinated are “29 times more likely to be hospitalized.” Furthermore, refusing vaccination could lead to others experiencing bodily harm as the unvaccinated are at increased risk of transmitting the virus to others.

Of course, no consideration is given to the autonomy of the individual Christian to decide what’s medically best for them, and no consideration is given to the actual mounting evidence that the currently available vaccines are nearly useless in preventing the spread of any of the new strains–appearing almost daily–of this virus. Why? Because this isn’t about medicine or Christianity–this is about tyranny. And these far-left woke elites working in the top spots in Evangelical institutions claiming to represent the Christian base don’t actually care about your conscience, your faith, your health, or your freedom–they only care about carrying out their intended purpose of ushering in tyranny and moving the Evangelical Church into full compliance with it. This was by design, they were placed there for this purpose. And there is nobody in the SBC leadership who is going to do a thing to stand up for the consciences of faithful Christians; instead, they’re going to hand-feed them to the anti-Christ.