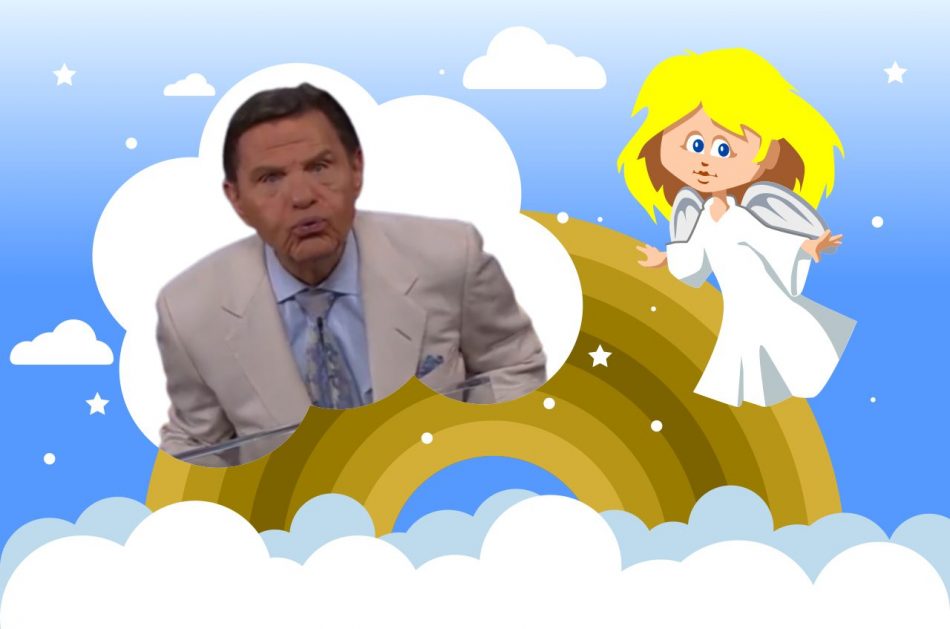 False prophet, Kenneth Copeland–who falsely declared last year that the COVID-19 virus had been destroyed after he “blew” the virus away with and commanded it to die–is now once again prophesying falsely that the virus is once again destroyed.

This time, however, he saw “golden rainbows” and “angels” and a bunch of crazy nonsense about breathing God into people’s lungs and healing them.

And then a golden layer, just so gold it was hard to, this golden aura and cloud, a golden cloud, right on top of the blood. And then I realized that it came up out of the blood and just stunningly beautiful.

And then angels began to criss-cross over the top of all that. And these golden rainbows came up out of that. And I saw all of the healing…the healing of lungs.

And then the Scriptures this morning as they came out of that song, and then the lungs, and breathing…breathing God down into our lungs. And people rising up.

And I knew in my spirit, and I said it out loud with my mouth, our breakthrough has come. And glory to God, the destruction, the final takedown of this synthetic virus that has been made by men as a weapon has fallen. It’s destroyed.

Of course, this is the kind of crazy, nonsense, that makes Christianity look so awful to rational people who don’t understand what true Christianity is. This fraud should just do us all a favor and stop calling himself a Christian.

Join our ad-free Substack community to read and post comments...
- Advertisement -
Previous article
John MacArthur Denounces Southern Baptists’ “Gospel Issues” as a Distortion of the Gospel
Next article
SBC Leftist Elites Want to Use Your Tithe Money to Fund the Rape and Murder of Women and Children