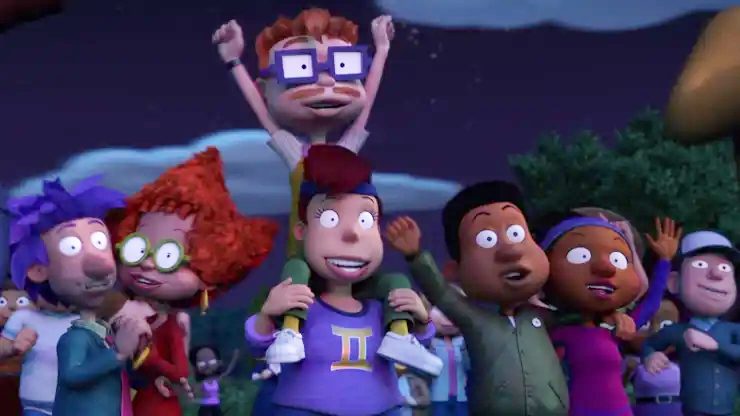 If you remember watching rugrats when you were a kid, and you enjoyed the fun and family-friendly entertainment, be prepared to once again have that stripped from you. In the wake of a string of classic cartoons going gay, Rugrats now joins the ranks of pro-sodomy entertainment including DuckTales, Clifford, Arthur, Captain America, and Powerpuff Girls.

In an exclusive statement sent to AV Club, Natalie Morales–who will be the voice of Phil and Lil’s mom, Betty–confirmed that her character will be openly gay. The AV Club reports:

Morales says she’s very excited to join part of Rugrats by voicing Betty and that she thinks “anyone who watched the original show may have had an inkling Betty was a member of the alphabet mafia.” She also shares what it means to revive the character in a way that brings queer representation to such a nostalgic show. “Betty is a single mom with her own business who has twins and still has time to hang out with her friends and her community, and I think it’s just so great because examples of living your life happily and healthily as an out queer person is just such a beacon for young queer people who may not have examples of that,” she explains. “And yeah, Betty is a fictional cartoon, but even cartoons were hugely influential for me as a kid and if I’d been watching Rugrats and seen Betty casually talking about her ex-girlfriend, I think at least a part of me would have felt like things might be okay in the future.”

According to the report, Betty likes to “crack jokes about ex-girlfriends.”

The saddest part is that the militant gay mafia is targeting children hardcore like never before in an effort to indoctrinate them into a mindset that is celebratory of their sin. Parents should be warned; children’s television is not safe. Nothing is safe. Unplug your cable and find a community of like-minded believers to immerse your children in.