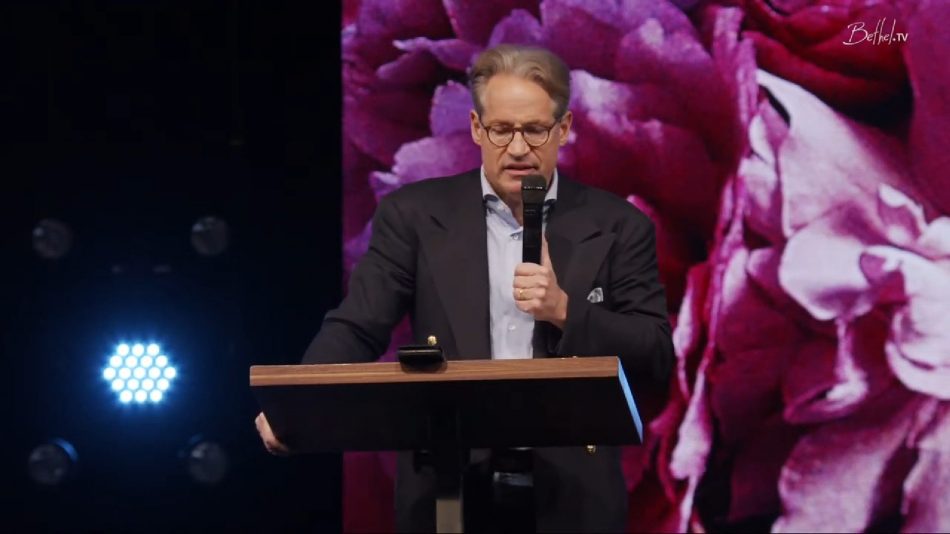 If you’re not familiar with Eric Metaxas, he’s a well-known conservative religiopolitical commentator and author whose life revolves around building bridges between the political and the religious right. Metaxas, a religious transient who was raised in the Greek Orthodox Church, passing through the completely apostate Episcopal Church, and is now attending a Presbyterian Church, is a regular speaker in the conservative wing of the Evangelical speaking circuit.

Metaxas, however, should not be considered an orthodox believer by any discernible standard. Metaxas not only gave glowing accolades to Joel Osteen, a well-known prosperity gospel heretic, but he’s also a friend and ally of charismatic false prophet, Bill Johnson of the Cult of Bethel Redding.

Metaxas recently preached a sermon this past weekend at Bethel Church where he told a bizarre story of a dream-vision his sister-in-law had affirming a Catholic–who he admitted is not born again–met Jesus and went to heaven to be with Him. After telling the audience that he woke up Sunday morning to hear his wife tell him that her mother had just passed away, his wife tells him of this dream that her sister (his sister-in-law) had told her.

This is what my sister-in-law Joanne told my wife. Last night at 2:53 AM, just a few hours ago, she was in bed and she said ‘I didn’t know if I was dreaming or awake, I don’t even know. But the Lord gave me a vision.’

Now, how many people here have had a bona fide vision from God? I’m curious. Oh yeah, this is Bethel Church, I get it…Well, let me tell you, when you get a vision from God, you know it’s a vision from God. This is not daydreaming or something, it’s kind of like a TV screen comes on and it’s something else.

So Joanne says at 2:53 AM she wakes up and she has this vision and in this vision, she walks into her mother’s bedroom–my incredibly sweet mother-in-law was 96–and Joanne says she walked in the bedroom, she says ‘I took mom’s hand, and I said to her, mom, it’s Joanne.’ And she said, ‘I’m here with Jesus, do you see him?’ And mom said ‘yes.’

This bizarre story should give anyone who believes the gospel serious pause about Metaxas. If this is what Metaxas actually believes–that you don’t have to be born again to go to Heaven–then Metaxas is a false prophet and an enemy of God. Jesus is clear in John 3:3 when he said “Truly, truly, I say to you, unless one is born again he cannot see the kingdom of God.”