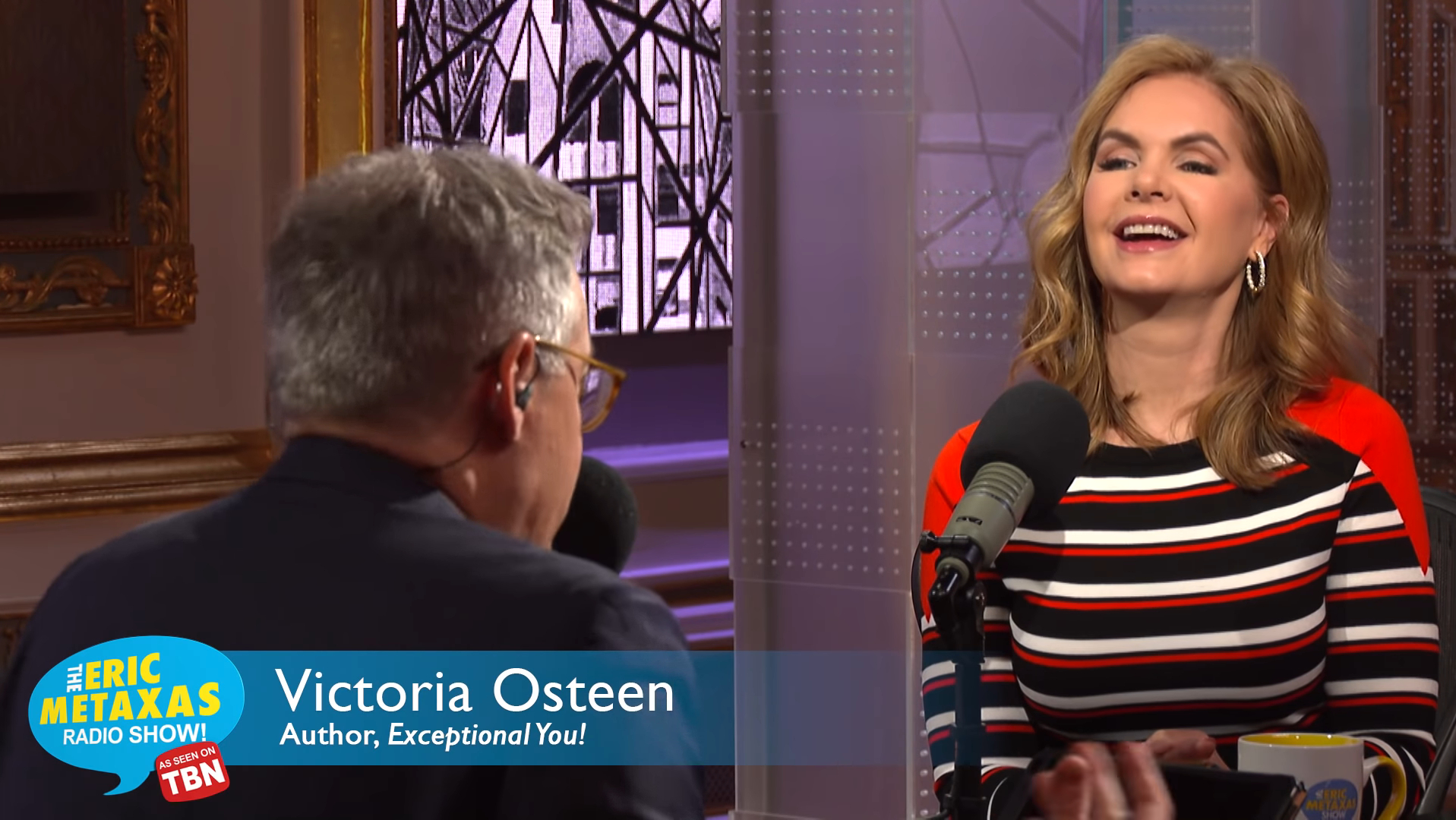 Joel Osteen preaches the prosperity gospel. The prosperity gospel is categorically false, unbiblical, anti-Christ, and has been declared such by all sound Bible teachers and leaders in orthodox Christian evangelicalism. Joel Osteen is a false teacher, a ravenous wolf in sheep’s clothing, and with a nice smile on his face, leads people straight to the pits of Hell daily.

I got to meet you all in Houston at your church right before the service. But what you don’t know was that the first time I was really exposed to your husband’s ministry was at Yankee Stadium…I have never really heard the two of you, I just get little bits and pieces. We took a bus out to Yankee Stadium with some friends and I was so impressed with everything, but with Joel’s message and how he brought the gospel in at the end and he’s inviting everybody in to accept Jesus…I got very angry at people who criticize your husband…there are people out there who are just vicious or angry, I don’t know what it is…because I was there, I can say categorically that that’s a lot of nonsense.

These are the words of Eric Metaxas, prominent Evangelical author and speaker, who hosted Victoria Osteen on his TBN show a few weeks ago. Metaxas is well-known and well-liked Southern Baptist circles and all of his books are sold in Lifeway bookstores. Metaxas describes himself as a “mere Christian,” meaning that he places no real value on actual biblical doctrine or the teachings of Jesus and the Apostles. He was raised in the Greek Orthodox Church and while he now attends Calvary-St. George Episcopal Church — a completely apostate denomination — he says he still has “great respect” for the Greek Orthodox Church. In short, Metaxas places low value on rightly understanding the things of God and high value on self-initiated experience.

Metaxas, in this interview with Victoria Osteen clearly affirms Joel Osteen’s false gospel. Sadly, by doing so, he demonstrates that he does not understand the gospel. One of the underlying tenets of the false prosperity gospel is the teaching of “positive confession,” or speaking and thinking positively about things you want to see come to fruition. Essentially, it’s a worldview that mimics a Disney movie with a genie-in-the-bottle far more so than Jesus Christ. Discussing Osteen’s message, he says,

You’re not actually just saying like Jesus’ destiny for us is financial victory or whatever. What you’re trying to say is that when we focus on him…it’s a different kind of victory, and it starts with our minds. We choose to believe one thing or the other. And if we choose to believe what the bible says about who we are, it actually changes everything.

No, Eric, it doesn’t start with our minds, it starts at the cross — and it’s finished. That’s the gospel. Your affirmation of Osteen’s false gospel places you outside the camp of biblical Christian orthodoxy.

And yes, if you choose to believe what the Bible says about who we are, it definitely does change things, What does the bible say about who we are? That we are sinners, separated from a Holy God, and under a curse and deserving of eternal punishment. We are without hope in ourselves and that our best deeds are like filthy rags in the eyes of our God. There is nothing we can think, say, or do that will change that.

But the gospel is that God became man, lived the perfect life that we could not live, and stood in our place, dying on the cross bearing the full wrath of the Father, rose again three days later defeating sin and death, and now sits at the right hand of the majesty on high forever making intercession for those who would repent and believe in Him.

The gospel is not about fixing our temporal problems or having hope and believing that things will be better in this life or having “our best life now.” The gospel is about having hope in the one who suffered in our place, that we should suffer with him that we might become fellow heirs with him and glorified with him (Romans 8:17). Paul clearly states that the sufferings in this life are incomparable to the glory that is to be revealed to us in the next life (Romans 8:19).

The entire discussion from that point was centered around the temporal — jobs, finances, material possessions — no mention of the actual gospel.