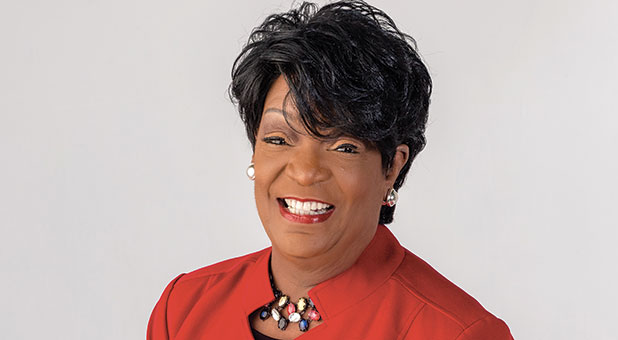 Prophetess Says Jesus Sat With Her Face to Face and Denied Scripture, Told Her She Was a Pastor

Paula Price, a self-appointed prophet is recognized as a “modern-day apostle” who has been anointed by God by the rank heresy-filled charismatic sect. Price, founder of Paula Price Ministries, says that as she was struggling to find her place in the world of charismatic chaos, as she was about to give up, she sat down face-to-face with Jesus who then told her, in contradiction to Scripture, that she couldn’t give up because she was a pastor.

“You have to go through trials due to apostleship not being widely accepted,” she said, according to a ridiculous article published in Charisma Mag. “That’s why this whole day in my life is thrilling me after almost 40 years. But you have to stay in the fight until you defeat what doesn’t want you to win, and so we finally did. My church restarted. Ironically, I had quit ministry. ‘I’m done,’ I told Jesus. ‘Your people don’t like me. I don’t pass through the way you want. I’m out. I’m done.’ And so He’s talking to me. We’re almost sitting face to face, and He’s saying, ‘You’re a pastor. You’re going to pastor. You’re a good pastor,’ He said. ‘And you’re going to have a church if I have to ship them in.'”

Of course, not only is it absurd that one would think they actually sat down face-to-face with Jesus who then said or did something contrary to His own Word, but the foolishness behind these self-appointed “prophetic” clowns should bring pause to anyone with a modicum of common sense.

The Scriptures are clear, women are not called to be pastors. Those who believe that this places women in an inferior role to men simply do not have an understanding of the gospel (1 Corinthians 14:34). Men and women have different callings and to disobey and subvert that calling to usurp the calling of others is simply rebellious.

If you want to know why there is so much rampant heresy in the Church, look no further than the charismatic movement. Nearly every single heresy or false teaching that has entered the Church has entered through the conduit of continuationism–the notion that God still speaks apart from Scripture.