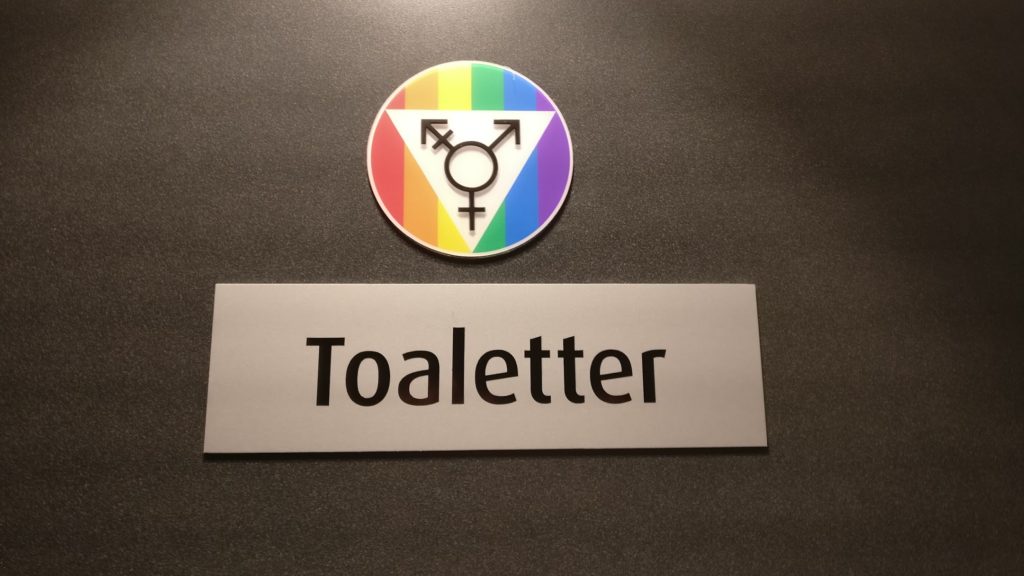 As Evangelical leaders lined up to cheer for the inauguration of America’s first official Chinese Communist president, it’s unclear if they knew exactly what they were getting into. It wasn’t because they weren’t warned — any rational-thinking person knew this was coming.

One of Joe Biden’s first executive orders on his first day as president of the United States is to mandate that males can use female restrooms, play in women’s sports, and vice versa. This means that little boys can use little girls’ restrooms if they wish — no matter how uncomfortable it makes the girls. And it should make them uncomfortable — it should frighten the bejeezus out of them.

The order, Executive Order on Preventing and Combating Discrimination on the Basis of Gender Identity or Sexual Orientation, reads,

Every person should be treated with respect and dignity and should be able to live without fear, no matter who they are or whom they love.  Children should be able to learn without worrying about whether they will be denied access to the restroom, the locker room, or school sports.  Adults should be able to earn a living and pursue a vocation knowing that they will not be fired, demoted, or mistreated because of whom they go home to or because how they dress does not conform to sex-based stereotypes.  People should be able to access healthcare and secure a roof over their heads without being subjected to sex discrimination.  All persons should receive equal treatment under the law, no matter their gender identity or sexual orientation.

There are no exceptions or exemptions for religious institutions mentioned in the order. While we can hope that the Supreme Court would ultimately rule in favor of religious freedom, under this administration, that may just be wishful thinking. Ultimately, this will now hurt churches, Christian schools, and other conscientious objectors to this onslaught of militant sexual anarchy.

Nevertheless, we tried to warn.