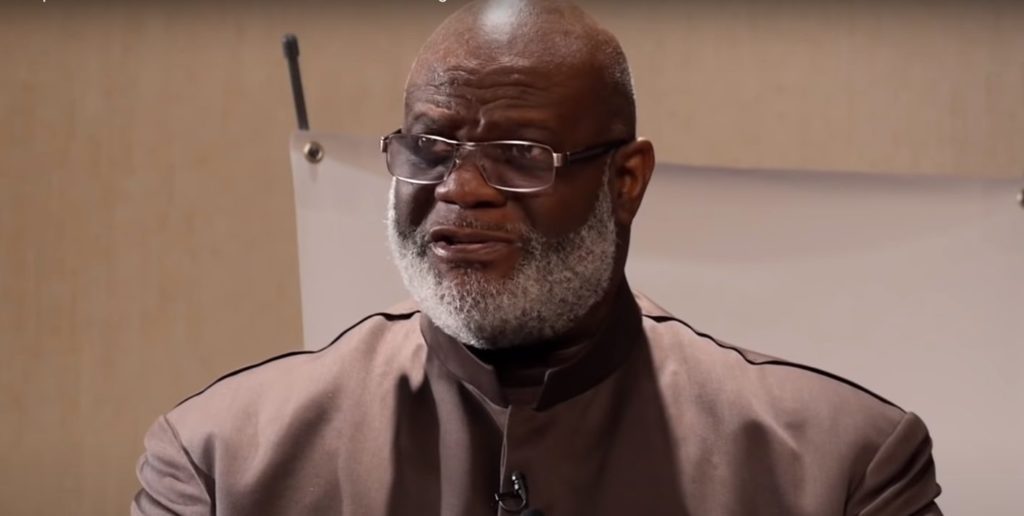 Dwight McKissic, a racist, anti-gospel charismatic tongue-babbling black nationalist who masquerades as a shepherd of God’s people has done more to harm the body of Christ than possibly any other Southern Baptist pastor in history. McKissic, a Marxist and a socialist egalitarian, has regularly traded the gospel and the mission of the Church for social activism, called for slave reparations, and repeatedly maligned true defenders of the faith as “racists” and “white supremacists.”

Not only has McKissic stated that the founders of the Southern Baptist Convention were not saved because they were slave-holders and that their history must be eradicated, but he has also argued that voting for pro-abortion Democrats is no different than voting for Republicans who want to “place children in cages.”

McKissic, like Jemar Tisby who lies to advance the narrative that the Southern Baptist Convention is a racist denomination, is unsatisfied with the numerous resolutions and affirmative action programs instituted by the Southern Baptist Convention and its entities which are designed to placate the woke left. McKissic, he says, is “getting off the bus.”

In the wake of the denomination’s seminary leaders’ recent denunciation of Critical Race Theory, an ideology rooted in Marxist thought, McKissic recently announced that he is pulling his church out of the Southern Baptist Convention. In an article he penned, titled We Are Getting Off the Bus, he writes,

In November 2020, the SBTC adopted a strongly worded, anti-CRT policy that denounces all aspects of Critical Race Theory.  There are certain aspects of CRT I also disagree with. For instance, if it is an accurate representation of CRT teachings that only Whites can be racists, I totally disagree with that premise. Racism is a sin. And there is not one sin a Black person is incapable of committing, including racism. However, there are beneficial aspects of CRT that cannot be denied. And because the SBTC, and it appears the SBC, are poised to deny any beneficial aspects of CRT, in a most dishonest fashion, I have decided to get off the bus.

McKissic then goes on to explain why he is “not willing to allow them to dictate what the belief systems, definitions and authoritative binding, academic and ecclesiastical decisions regarding how race is to be communicated in the local church” and is disillusionied that Southern Baptist seminaries may be able to “indoctrinate African American congregations and seminary students regarding CRT.”

Make no mistake about it, all of these people listed, including McKissic himself, have dabbled with rank heresy and compromised the gospel of Jesus Christ with their open embrace of the social gospel. Nonetheless, in McKissic’s words, it’s enough for him to “get off the bus.”

“For these reasons, we are pulling out of SBTC,” he writes, “and if the CSP/SBC policy is ratified in June, we are discontinuing our affiliation with the SBC also.”

“We are “getting off the bus!”

Good riddance! This is one step closer to the possible healing of the denomination.