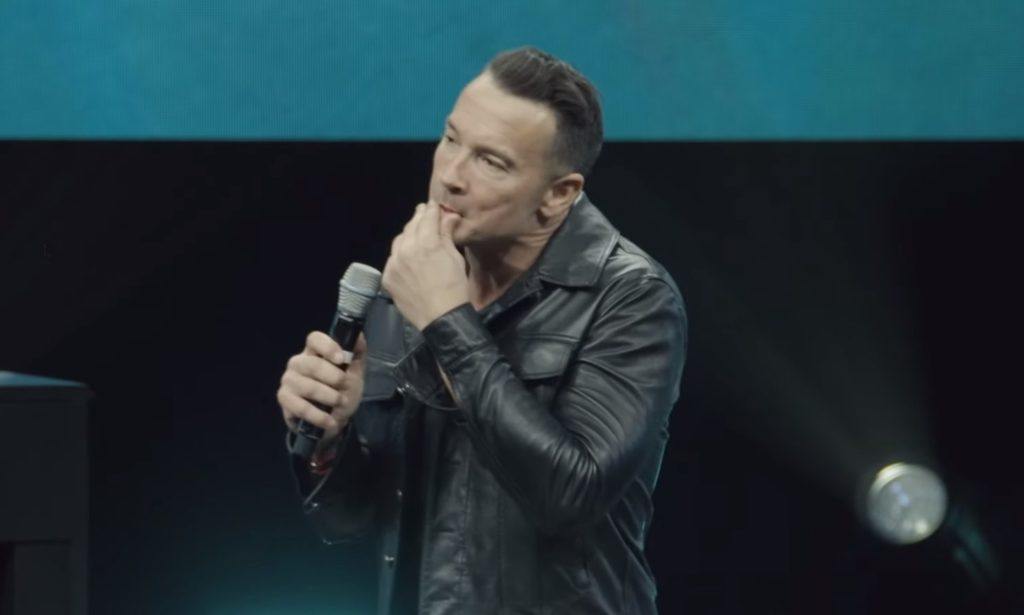 Earlier this month, it was revealed that notorious Hillsong NYC pastor, Carl Lentz had been fired from his 20 year position as pastor of the famous church for “moral failures.”

In a letter sent to the staff of Hillsong NYC and obtained by Religion News Service, Hillsong founder and CEO, Brian Houston expressed regret in his decision to let Lentz go. “Please understand that it would not be appropriate for us to go into detail about the events that led to this decision. However you can be assured that this decision was made in order to honor God and pastorally care for you, our East Coast family, Pastor Carl and his family,” Houston continued.

Those “moral failures,” it turned out, were cheating on his wife and having sexual affairs with a Muslim woman.

According to People Magazine, the 42-year-old celebrity ex-pastor says that not only does he have no plans to leverage his “high-profile status” to start a new church anytime soon, but he plans on fixing his marriage by avoiding church altogether.

“He is not working and plans to take time away from the church to work on his marriage. He has no plans to open a church or seek fame at this time,” a friend of the Lentz couple told People.

It’s baffling how a man could get up on stage preach week after week — with a straight and serious face — knowing that he’s having sex with someone other than his wife on the weekends.

Of course, this is just one more proof in point that Hillsong is not a true Church and they do not love their people. While Lentz was technically the pastor of that Church, Lentz should have been accountable to his colleagues and to his congregation. He is still accountable to his church — and if his church loved him, they wouldn’t let him “take time away from the church” to work on his marriage.

There is no evidence that Hillsong followed Matthew 18. Did they excommunicate him? If so, based on what? Of course he does not need to be pastoring or preaching under any circumstances. But that couple needs the church and the grace of God to fix their marriage. But Hillsong isn’t about reconciliation, it’s about their own image.